Ask Sid: What grapes are Pinotage?

Question: What grapes are Pinotage?

Answer: Pinotage is a grape variety all to itself tending towards producing a wine in a more rustic earthy distinctive style. It was developed in 1925 by a South African chemist Professor Abraham Izak Perold by crossing Pinot Noir & Cinsaut (often called Hermitage at the time – hence the name). This grape is still mainly used in South Africa either by itself or increasingly as part of so called “Cape Blends” made more interesting by being blended with other grapes. Try some. 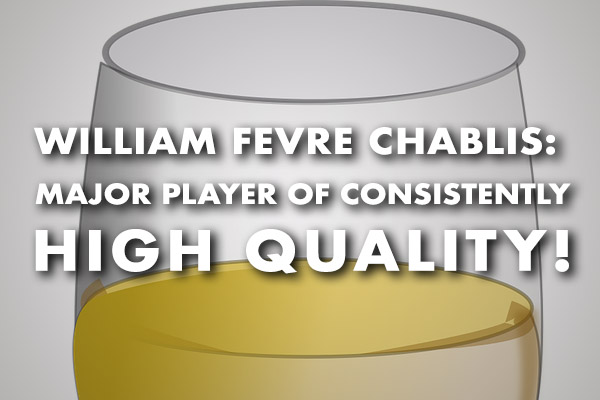 We all admire the Chardonnay (known as Beaunois) variety when grown on Kimmeridgian subsoil resulting in a special sense of place & terroir that is uniquely Chablis. The four appellations include lighter Petit Chablis (885 hectares) more on Portlandian subsoil, fresh Chablis (3370 ha), mineral Premier Cru (780 ha) of some 40 climats usually consolidated into about 17 recognized names and those 7 very special age worthy Grand Cru (110 ha).

Your scribe has been a keen follower of the William Fevre Chablis for decades. Experienced a lot of their wines during the seventies, eighties and nineties includng a period where they were being given just too much new oak that overwhelmed that remarkable terrior. That all changed in the late nineties (1998) with their acquisition by Champagne Henriot including a new winemaking team led by magical Cellar Master Didier Seguier (IWC White Winemaker of the Year 2018) still going strong 20 years later. William Fevre holds 50 hectares of this region with nearly 16 hectares of Premier Cru including 3.62 ha of arguably the best one in Vaulorent (adjoining Les Preuses). They also hold over 15% of the prestigious Grand Crus (15+ ha). Fevre has become a major player of high quality because of their consistent ability to tap into brilliantly the amazing qualities these properties are capable of showing. Always look for balance, harmony, and intensity yet capturing that special aromatic pure mineral delicacy so well. Congrats.

All of this was brought into focus on Sunday July 28, 2019 at an outstanding dinner at Nightingale Restaurant in Vancouver paired with 9 double blind white wines in 3 flights hosted by my brother Ken – a smart wine collector, star home cook, and a most talented taster in his own right of both wine & food. Fortunate to be invited to what turned out to be a surprise private tribute affair honouring Head Chef Phil Scarfone and team members including Head Sommelier Chris Rielly who both sat down to enjoy this fantastic dinner for 12 at their kitchen table. The culinary dishes chosen and well executed showed why Chef Phil so impressed the judges on the recently concluded Top Chef Canada Season 7 on the Food Network. What a tasty delicious menu!

The wines were all maturing Chablis Grand Cru (plus one wannabe or possibly shouldabe) with a 6 vintage Les Clos vertical all from William Fevre. Fun experience trying them double blind and actually nailing all as being top Chablis in my requested comments – made easier to guess correctly only because of the textbook definition of Chablis they all displayed so well. Exciting wines double decanted and served at ideal temperatures by attention to detail Sommelier Chris:

5. 2008 LES CLOS: Only bottle showing a slight maderization form of oxidation but not really pre-mox. Still it is full with charm underneath and quite serviceable with food – roasted mushroom pizza.

6. 2009 LES CLOS: This is different being very ripe on the nose and flavours. A big wine with more alcohol on the finish that is a result from the hot summer days of this year. Still a joy to drink in its own style.

7. 2008 VALMUR: This wine your scribe gets to try quite often. Bottle tasted last week not as pristine as this one which is so fresh. Typical power and structure of Valmur. Fevre has 1.11 ha of 13.2 with a deep clay-lime topsoil on marl with both south & southeast exposure in the shape of a small valley (“Valmur”). You have to be enthusiastic about the minerals and smooth textures here.

8. 2008 VAUDESIR: This Chablis was well liked by the group including Sommelier Chris and displayed balanced finesse with a superb mid-plate. Developing nicely. Double exposure appellation of 14.7 hectares but Fevre plots of 1.2 face only due south on very steep slopes. This Grand Cru is much richer in clay than limestone which results in an earlier drinkablility with aromas of flowers plus rounder approachability.

9. 2008 VAULORENT: Very good intense minerality here with subtlety & elegance. A little less body perhaps but top flight. Qualifies as being with the Grand Crus on the right bank of the Serein river next to Les Preuses with good drainage. Fine quality and belongs as Fevre says as their “8th Grand Cru”. Citric character is perfect match with grilled Arctic char course.
Recommend more studying of these classic Chablis treasures from William Fevre! Can appreciate them early on but they develop with age so incredibly at a better price than most other white Burgundy and with seemingly less risk of pre-mox. Enjoy.

Ask Sid: Where to visit for best wine experience?

Question: I would like to organize a vacation trip in 2020 to a winery providing a significant special wine experience. Would you kindly give me a few ideas to consider?

Answer: Lucky you. Lots of countries with lots of choices. Your timing is very apt because an interesting topical list has just been released by www.worldsbestvineyards.com

They have developed a diverse Top 50 List 2019 from around the world for “the most amazing vineyard experiences” that is worth considering. Note Zuccardi from Argentina came in #1 joined by Catena at #5. Surprisingly Garzon from Uruguay was #2. Also tied for 6th were Clos Apalta & Montes both from Chile so South America has fared very well indeed. Lots of European choices and even locally Mission Hill Family Estate in the Okanagan at #50. Have fun deciding where to go. 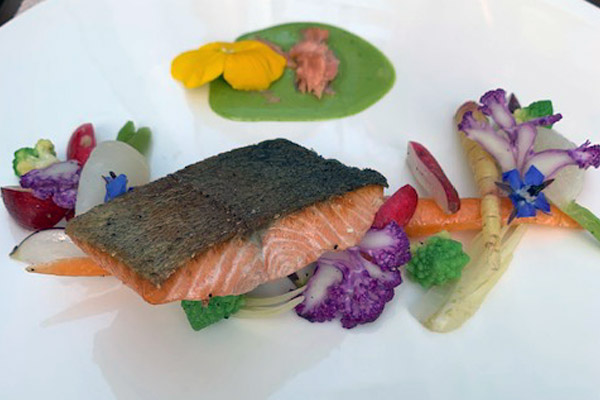 Some of us keen food aficionados have been a bit peeved by the usual Canadian omission from those annual lists of The World’s Best Restaurants. Lots of different factors come into play for this result. One is the diversity of food products produced in Canada. Another is almost too many locavores and not enough focus on the national picture. This all is changing by the work done by a lot of us but brilliantly led by Anita Stewart, C.M., LLD (Hon), M.A.(Gastronomy), P.Ag (Hon) who is Food Laureate at University of Guelph with her #FoodDayCanada “Shining a Light on Canadian Cuisine”. This year will be a bigger and better celebration than ever right across Canada with red & white lights shining on @FoodDayCanada August 3. See the website map but BC Place has an early one on August 1 followed by Confederation Centre in St. John’s Newfoundland, CN Tower & St Lawrence Market in Toronto, Vancouver City Hall, BC Legislative Assembly in Victoria and so many more. In fact a Twitter Party will start things off on July 30 8-9 pm (EDT) for farmers, foodies and all of us. Join in. Recommend reading this interesting article of “Putting Canada on the Menu” with a shopping list of some 151+ “Maple Leaf on the Label” items to consider using. Canada really does have some unique and distinctively high quality products.

Your scribe attended a fantastic Food Day Canada Preview July 19 on the Wildflower Terrace at Fairmont Chateau Whistler. This dinner truly epitomized the quality that can be achieved by a skilled team using fresh local ingredients in a menu as shown here paired with Roche wines from BC. Executive Chef Isabel Chung, Executive Sous Chef Derek Bendig, Executive Pastry Chef (superb chocolatier) Anup Chaubal and their whole brigade led by Jason Gnanaprakasam Director of Food & Beverage did an outstanding culinary job with superb ingredients so artistically prepared. A bright spotlight of our top food right across Canada like this one is so appropriate. Support @FoodDayCanada please. We will make an impact on those world restaurant lists in the future.

Do you have a national food focus day like this one in your country? Chime in.

Ask Sid: What Does Old Vines on a Wine Label Mean?

Question: What does Old Vines on a wine label mean?

Answer: Good point. It is confusing. Many vineyards are a combination of older vines and younger ones due to replanting and expansion. Therefore you often hear about what is the average age of the vineyard. Different regions use different criteria for “Old Vines”, “Vieilles Vignes”, “Vinas Viejas” and other language names. Priorat in Spain is doing the most current job in trying to regulate this area with a new more stringent 75 year rule. Your scribe did a tasting of 100 year old vines which brought forth lots of Zinfandel from California and Shiraz from Barossa Australia. But some places go as low as 35 (Chile), 40 (Greece), and 50 (California). Personally would prefer it to be not less than 50. Would like to see more uniformity on this as it presently is very difficult for the wine consumer to know what age is needed to qualify.