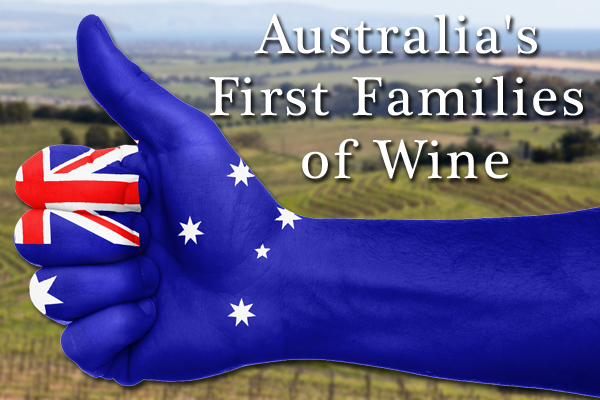 Australia’s First Families of Wine (www.australiasfirstfamiliesofwine.com.au/) was created in 2009 by 12 leading multi-generational winemakers representing 16 regions across 4 states. They have just concluded their 2015 tour of USA (San Francisco, New York) and Canada (Montreal Toronto & Vancouver) using a “Speed Dating” tasting format in each city. Each family spends about 5 minutes with a different smaller rotating group showing 2-4 wines. They generously showed with family pride some of the very best wines of Australia. Some highlights:

McWILLIAM’S  New South Wales back to 1877. Tumbarumba Chardonnay 2013 from higher altitude of 500-800 metres and Cab Sauv 2012 select blocks from Hilltops.

TYRRELL’S  Established in 1858 in Hunter Valley. 2010 Vat 1 Semillon with no malo has brilliant honey character just starting to develop, and 2011 Vat 47 Chardonnay again no malo French oak brought back fond memories of their outstanding 1979 made by Bruce’s father Murray.

WAKEFIELD  Sold hotel business and into the Clare Valley by the Wakefield River. Single Vineyard St Andrews Block 30A Shiraz 2012 & the elegant 2009 The Visionary Cab Sauv.

CAMPBELLS of Rutherglen is the remaining member but didn’t show any wines in Vancouver.

Have you tried any of these producers? Do Families really make better wine?