Question: What is this new wine of pinot noir grapes from Beaujolais?

Answer: Yes Maison Louis Latour founded in 1797 continues to search for new wine regions close by their home of Cote d’Or in Burgundy. They have been producing Chardonnay in the Ardeche region since the 1970s. They debuted their Duet in 2003 with 2/3 Chardonnay & 1/3 Viognier. In the 1980s they planted Pinot Noir in the Haut-Var as Domaine de Valmoissine. Now starting with the first 2015 vintage (current release is 2018) they have a fresh “strawberry” Pinot Noir “Les Pierres Dorees” from the South Beaujolais planted at higher elevations (280-400 meters) on clay & limestone soil under the appellation of Coteaux Bourguignons. Check it out.

Your scribe has certainly been following this 2002 Burgundy vintage rather closely since inception. Remember well a Burgundy Press Conference during the first Vinexpo held outside Bordeaux in New York on October 23, 2002 when Pierre-Henry Gagey (Louis Jadot) told an unbelieving media assembly that this would be an excellent year. After all we were aware that it had been terrible weather conditions with flooding in many European wine regions – look at very wet Champagne, torrential rains at harvest in Rhone/Southern France, no Chianti Classico Reserva in Tuscany & September hail in Piedmont. Burgundy was miraculously saved by rather good weather and 2002 turned out to be the best region for wine collectors of that vintage. The red wines started out early on showing accessible fruit roundness but often not the ripeness nor vineyard definition of the more intense 1999s. One encouraging quality balance factor was that 2002 (like 2010, 1985 and 1978) produced both red and white wines of high quality which had been quite a difficult task to achieve. The Gosset Celebris Champagne and German Riesling Auslese showed well. So it was with eager anticipation to re-visit some of these 2002 wines again at 17+ years of age at a dinner on February 11 at CinCin restaurant in Vancouver. Overall impressions were good but variable with some lovely Volnay charm and Richebourg power but most showed younger and more primary than expected. Generally no rush to drink up if you have some top 2002 red Burgundies in your cellar or are buying some better ones at auction or local wine shop. The menu is attached and here are some brief comments:

3. POMMARD GRANDS EPENOTS 1ER CRU DOMAINE MICHEL GAUNOUX – This was a ringer of 2001 vintage for comparison. Fairly powerful strong, bit tough, coarser but starting to dry out from uneven fruit ripeness of 2001. Talk of Pommard being elevated to a Grand Cru has settled down but best sites are clearly Les Rugiens Bas & Central Les Epenots (Comte Armand Monopole of Clos des Epeneaux).

9. RICHEBOURG GRAND CRU DOMAINE MEO-CAMUZET – Upslope from Romanee-St.-Vivant and north of Romanee-Conti this site always seems to deliver full rich generous alive wine. Shows so much more intense concentrated very classy fruit as wine of the night! Dramatic outstanding balance which is so exciting already with mocha notes but will continue to develop even more violets with velvet complexity by further bottle age.

Ask Sid: What is this buzz on cheaper US wine on the way? 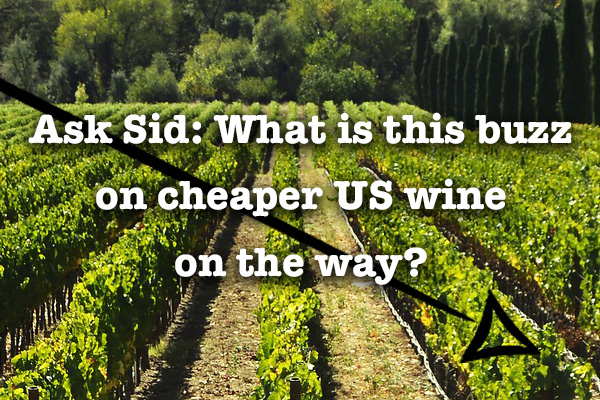 Question: What is this buzz on cheaper US wine on the way?

Answer: This scribe recently has seen many wine prices going up. Top quality wines including those from a specific place continue to be in demand. There are continuing tariff issues on imported wines as well that are pushing prices up. However overall consumption is down with consumers drinking less but better wines plus turning to craft beers, cocktails, spirits and seltzers among the many other beverage choices. What you are referring to is the increased grape production particularly in California and other states that should lower prices further on table wines. See a more detailed CNN Business report here. 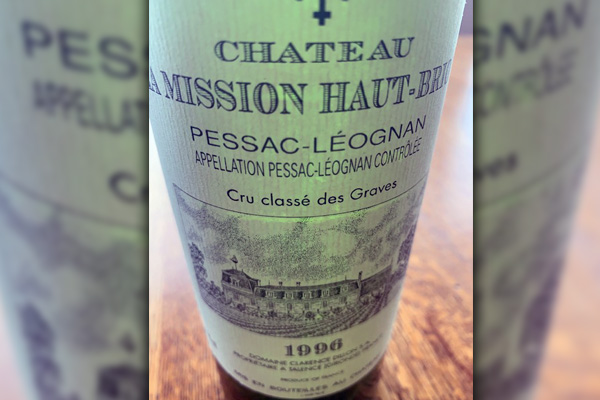 Your scribe is a long time big fan of the Pessac-Leognan property of Château La Mission Haut-Brion (LMHB). Check out the posting on this Blog of December 16 last year on their sister property of Château Haut-Brion (HB). LMHB was owned for most of the 20th century by the Woltner family until acquired in late 1983 by Domaine Clarence Dillon (altready owners of HB). Some of the greatest intense Bordeaux of all time were made by the Woltners including that remarkable run during the dry hot fourties of 45, 47, and especially the explosive truffled outstanding 49! The Dillon family has carried on this great tradition and added to these glories with some treasures including those incredible twin legends of 1989 at both HB & LMHB. LMHB under the Dillon family has evolved in style into a more elegant wine every year consistently receiving high critic scores with more recently 2005, 2009, 2010, 2015, and 2016 all approaching 100 perfection. The vineyard is planted with 47/42.7/10.3 of cabernet sauvignon, merlot, and cabernet franc on their special gravelly-sandy clay subsoil at density of 10,000 plants /hectare. In Vancouver on February 10, 2020 another mini-vertical of 8 vintages in two flights of LMHB was experienced but uniquely served arguably not to best advantage with a Fishworks restaurant dinner of two white fish courses rather than a more classic pairing. Quite a buzz of anticipation in the room as to how these wines would match up with fish. All LMHB vintages showed surprisingly well probably because both sablefish & sturgeon were well chosen for their weight and cooking methods used rather than a more delicate or assertive fishy oily variety. Interesting and educational for sure but your scribe believes the tannic textures of the LMHB wines would have been enhanced even further by a more usual protein mate. The classy aperitif deserves a mention as Krug Grande Cuvee 163rd edition (currently have released the 168th) is composed of 73% of 2007 vintage (almost equal chardonnay, pinot noir, and pinot meunier) plus Reserve wines from 11 previous years (back to 1990) adding to the overall complex creamy roundness. A joy!

A few factual notes on the 8 LMHB from the Château plus my impressions:

1996: 516 mm rainfall, 23 days over 30C Inconsistent weather. “Very aromatic dominated by Cabernet”. Found it most classic concentrated year with more austere tannins coming around but still a deep youngster. Much better than expected.

1986: 386 mm rainfall, 18 days over 30C Cold Spring Hot & Dry summer continuing till end of harvest. “Scent of rather heavy wild game Soft but chunky Can age.” Dark with open bouquet of cigar box and tobacco with some turned earth. Impresses. 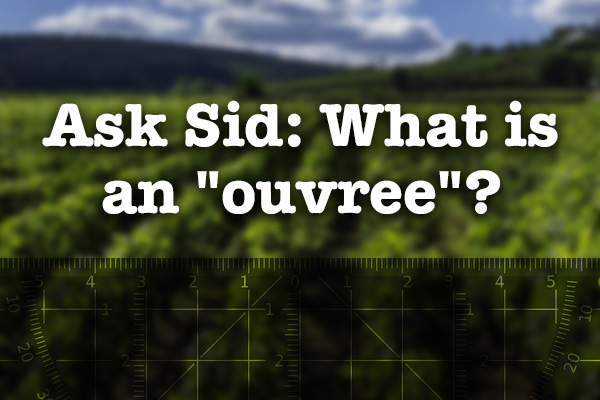 Question: I notice when reading about Burgundy wines a more frequent reference to the word “ouvree”. What is that?

Answer: It is an old term of measuring how much land could be worked by a vigneron in one day. Now in Burgundy it is being commonly used again as some vineyard holdings have become so small. One hectare (which is 2.471 acres) is equal to 24 ouvrees –  or one ouvree is 1/24 of a hectare. So Domaine Lafon who own 22 ouvrees in Meursault Perrieres have almost one hectare of vineyards there. Another interesting one is Volnay Premier Cru Clos des 60 Ouvrees – a monopole of the Domaine de la Pousse d’Or.