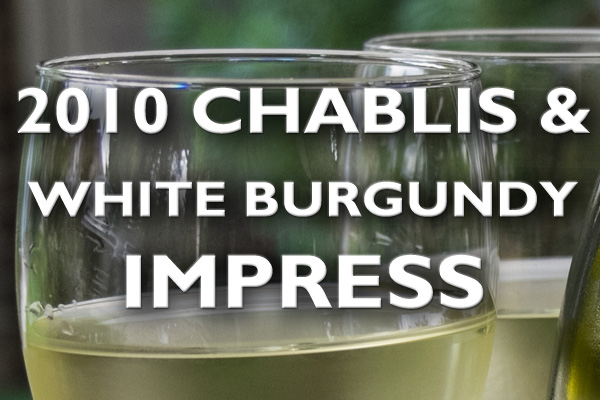 By Anna & Michal from Brussels, Belgium [CC BY 2.0], via Wikimedia Commons

Shorter crops with price increases seem to be the yearly trend for both Chablis and White Burgundy. Looking back though 2010 is the vintage that continues to impress this scribe most with their intensity and balanced acidity. Not overly heralded on their release because of difficult flowering and some rot issues caused by September rains they are developing well in bottle. Hope you had the foresight to put a few top crus away for a special occasion. Some 2010 wines are starting to show their worth but no rush with most of the best properties. Better to drink up your 2009 and 2011 before approaching those better aging 2010s.

Enjoyed recently trying quite a few whites from the 2010 vintage. All have been enjoyable with no pre-mox issues yet while generally highlighting the structure and complexity of this year. A mini vertical of Bouchard Pere Meursault Perrieres showed 2010 admired the most for the fruit purity and balance over a surprisingly rich full excellent 2009 & quicker evolving 2008. Really like the Chablis 2010 from Christian Moreau – especially their Vaillons old vines Guy Moreau Cuvee and Grand Cru Les Clos.