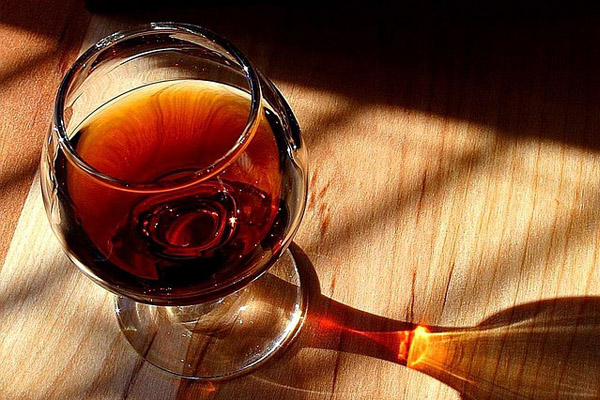 Another year 2014 is here and with this posting we are celebrating 52 weeks of this IWFS President’s Blog. My intention in starting it was to try and bring our Society closer together using the social media. This new idea is evolving and certainly this Blog has been successful in raising awareness of IWFS to the general public and in stimulating some new memberships. Please share some of your knowledge and opinions in the comments section.

A year end tradition for us has been the opening of a bottle (or two) of vintage port. Wonderful treat to have around for the holidays and to share with others between Christmas and New Year. Extra fun this year as we are fortunate to have cellared several 1963s (a standout vintage) which now are 50 years old. Our deceased friend Peter Adams consulted for the BC Liquor Board and other Boards in Canada who cleverly bought for a song in 1975 for cash between auctions many 63 and 66 vintage ports. Most were shipped and bottled in London England by Charles Kinloch & Co Limited (an old British wine and spirit business that joined the Courage brewery group in 1957). The first shipment was 1963 Croft that arrived in Vancouver in December 1975 selling at $6.35 per bottle. Other port houses arrived in 1976 for $6.45. At that time we organized a IWFS Vancouver Branch tasting of all these ports and the creamy more forward 1963 Croft was the fav. Today the firmer drier 1963 Dow that was still being foot pressed in lagares then and the always fresh balanced elegant 1963 Warre show much better – as do the full rounder sweeter 1966 Graham and fine classy 1966 Fonseca (with 1977 pretty special too). I remember enjoying so many vintages of Avery bottled Fonseca including even their 1960.

Do you have a special year end wine (other than Champagne) and which port vintage and port house do you cherish?

WINES WITH YOUR CHRISTMAS DINNER 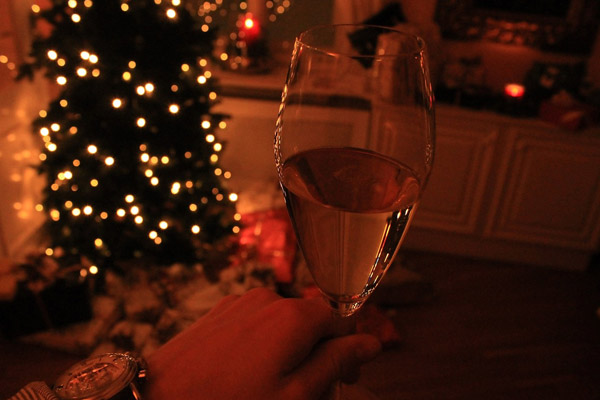 Topical but very subjective! What foods are you having for dinner? Many Americans just had turkey to celebrate their Thanksgiving end of last month and may diversify to ham or other choices including vegetarian as the main. In any event always lots of festive food items on the table like yams or sweet potatoes, Brussels sprouts, tart or sweet cranberries, parsnips, spicy stuffing or dressing, smoked fish, and cakes such as stollen fruitcake, gingerbread, panettone, pavlova and chocolate. As you know the acidity of your wine will show differently with tart cranberries than with sweet yams. Therefore, lots of appropriate answers for the wine choice – even mulled wine or eggnog might suit some – but it is important to put out something versatile that you like drinking. Know friends who serve only bubbles.

Keep it simpler. There are just too many choices that should work well but a possible top five ideas for me:

2. Gamay – Cru Beaujolais from France or one from the New World.

3. Riesling – So versatile from dry trocken to sweet auslese in Germany with underlying acidity should suit most everyone. Australia’s dry Rieslings Clare & Eden Valley, Austria (or groovy GV), Finger Lakes, Niagara, BC.

4. Chardonnay – this grape variety seems to be successful  in so many microclimates and works well with turkey.

Please let us know what wine you decide to serve on December 25 with the appropriate food match. 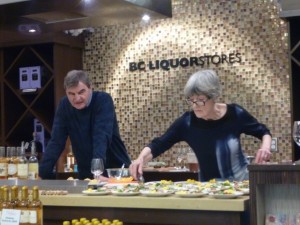 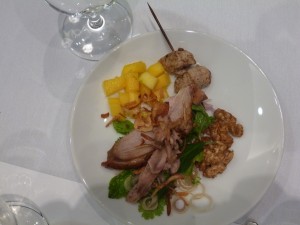 This was the fun topic I was asked to present last week for the BC Liquor Distribution Branch at their largest wine specialty store 39th & Cambie kitchen. My wife Joan and I put together some different food matches for the Sauternes specifically omitting the usual foie gras and sweet desserts. So many of these pairings were sublime!

The inspiration for this forward thinking seminar came from the great Alexandre Lur Saluces of Ch. de Fargues (www.chateau-de-fargues.com) and expert Bill Blatch of www.bordeauxgold.com.

The vintages showed their distinctive styles with 2003 all ripe sweetness and exceptional fat opulence harvested over an unusual short period of September 19-25; 2005 a drought year with many waves of picking over a month between September 27 and October 27; 2007 aromatic like 1988 from a long protracted harvest from September 11 to October 24 with the miraculous botrytis the latter part; 2009 shows power and age ability rivalling the better acidity 2001s with Alexandre’s quote “… this 2009 is so honeyed and delicious, it makes the taster feel as though he is turning into a bee!”

Bill Blatch is a big fan of spicy chorizo sandwiches or grilled sausages with very sweet Sauternes like the 2009s. He believes so wisely that salt is the key – “after all fast food thrives on the sweet/salt combination, no?” Accordingly those salty potato chips are fantastic with Sauternes as is the saltiest of cheeses – blue. Bill prefers his Oriental food with the aromatic vintages and that Thai duck was brilliant with these 2007s.

Encourage all of you to do more experimenting by pairing Sauternes with a wider food selection to behold some new found magic.

WHAT IS A SUPER SECOND IN BORDEAUX? 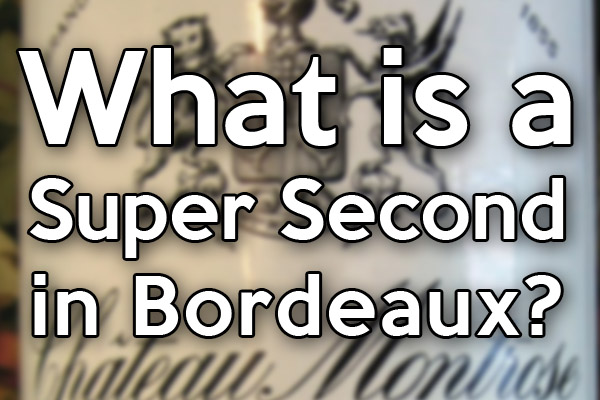 This used to be a much easier question to answer. Coming immediately to mind were La Mission, Leoville Las Cases, Pichon Lalande, Ducru Beaucaillou and Palmer. What about the Right Bank?

A while ago it referred to those properties that might be close to challenging for a First Growth status if an updated 1855 classification was established. In other words to join Lafite, Latour, Margaux, Haut Brion and since 1973 Mouton. Since then the so called First Growths have often been expanded to include Ausone & Cheval Blanc in St. Emilion and Petrus in Pomerol to make an Envious Eight. Remember during especially the seventies and eighties that the First Growths were not always the best wines of the vintage. A few examples: 1990 Montrose over Mouton, 1983 Pichon Lalande over Latour, 1978 Las Cases over Lafite, 1978 La Mission over Haut Brion, and 1970 Palmer over Margaux. Over the years the First Growths have effectively raised their prices by such substantial amounts that they now really separate themselves from all the other Bordeaux wines including the old Super Seconds. Moreover all of them now are doing a fantastic selection of what goes into that Grand Vin.

Today it is a very controversial question. This question became more than moot last month when we organized a BYOB Super Second dinner for our La Commanderie de Bordeaux chapitre Vancouver. It was impossible to get agreement on what properties were eligible to be brought along. I felt we should extend the new definition for the Left Bank to include Cos, Montrose, Pichon Baron, recent Pontet Canet since 1995 and older Gruaud Larose (61, 62, 64, 66, 81, 82, 83, 85, 86 and 90). Even harder to draw the line on the Right Bank. In the end it was thrown even more wide open with the Right Bank left for a 2014 event (except for a ringer of a powerful 1996 L’Evangile). Disturbing that badly corked bottles included 95 Pichon Lalande, 93 Leoville Las Cases, 1985 Ducru Beaucaillou, and 83 Pichon Lalande. However, from over 30 wines there the 1982 Pichon Lalande, 1989 Palmer, and 1990 Montrose were leading the pack just ahead of 1982 Cos, 1985 Gruaud Larose, and 1989 Pichon Lalande. Super Seconds!

Please help us determine this current definition by posting your comments.

“This is a masterpiece,” declared Richard Nixon over the phone to Henry Kissinger.  Referring to the Prevention of Nuclear War (PNW) agreement between the United States and the Soviet Union, he and Leonid Brezhnev had just eased Cold War tensions significantly through the president’s foreign policy known as détente.  And to celebrate the historic 1973 summit that moved everyone a step closer to world peace, both leaders sipped Champagne in a brilliantly orchestrated photo-op.

It was an ironic choice since neither leader cared much for the bubbly – Nixon being a Bordeaux man and Brezhnev more at home with a bottle of Russian Vodka.  But in front of the cameras, they both drank while hundreds of invited guests applauded their diplomatic breakthrough. 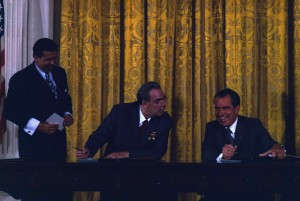 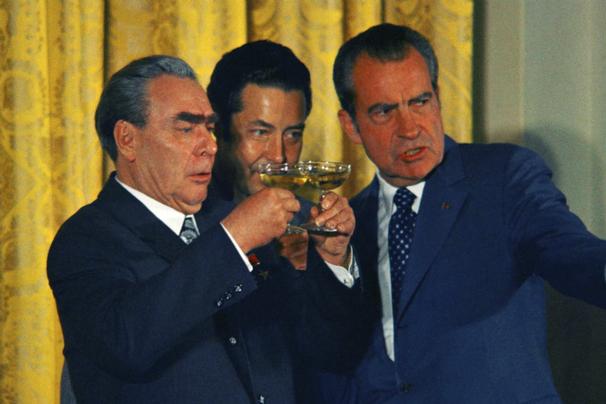 President Nixon and Leonid Brezhnev toast with Champagne after signing a series of agreements in
the East Room of the White House on June 21st, 1973. (Photos Credit: National Archives)

“All these things this week are good,” Nixon told his daughter Julie.  “It gets people thinking about something else.”

That “something else” was the Senate Watergate Committee.  With Brezhnev’s visit to the United States, all hearings had been temporarily postponed. But as soon as he left for Moscow, they were ready to go back into full-swing, starting with the explosive testimony of former White House counsel John Dean.

However, on the other side of the world, it seemed that Nixon had committed an international Saturday Night Massacre when information about the menu from his state dinner with Brezhnev crossed the Atlantic.

A “gastronomic heresy” decried L’Aurore, a Parisian newspaper.  The crime: Cabernet Sauvignon had been served with beef, a clear mismatch according to the French.  “Most assuredly, the association of a filet de boeuf bordelais with a sauvignon wine would make a gourmet faint in France.”

Adding insult to injury, the menu contained phrases in “Franglais” like “supreme of lobster en bellevue.” And calling for lobster to be served with a remoulade sauce struck the French as very odd considering it was sauce only put on celery root.

It wasn’t the first time Nixon’s wine selection created controversy.  During the first month of his presidency, he enraged domestic wine producers by uncorking a bottle of French Champagne at an official White House function.  Since the Johnson administration, only American wines were served at 1600 Pennsylvania Avenue and for a Californian like Nixon to drink French wine in front of the television cameras was treasonous. 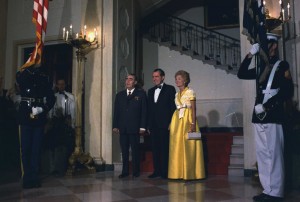 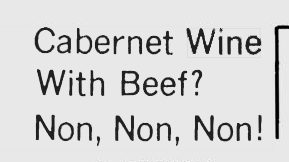 But was it French pride over all things food and wine that caused this cause célèbre?  Or was there a more conspiratorial motive for blasting this White House selection?  One American newspaper hypothesized:

“We all know that West European countries fear their influence in world affairs will diminish as the United States develops closer ties with China and the Soviet Union.  Now supposed that Brezhnev became convinced that Nixon had served him an inappropriate wine.  That surely would be a a major setback in the effort to improve relations between the two countries.  At the same time, it would enhance the prestige of France – making it appear that French advice on wine selection is indispensable to the conduct of American foreign policy.”

Whether it was a well orchestrated plot by the French government to derail Nixon’s policy of détente or not, a few journalists did rush to the president’s defense.  “I don’t know whether Nixon was exquisite in serving a Cabernet with beef because I never tried the combination,” wrote syndicated columnist Andrew Tully. “Palates differ … you can advise an American on wine, but never, never a Frenchman.”

So what do you think of this little Cold War footnote?  Successful gastronomic experimentation or colossal failure?