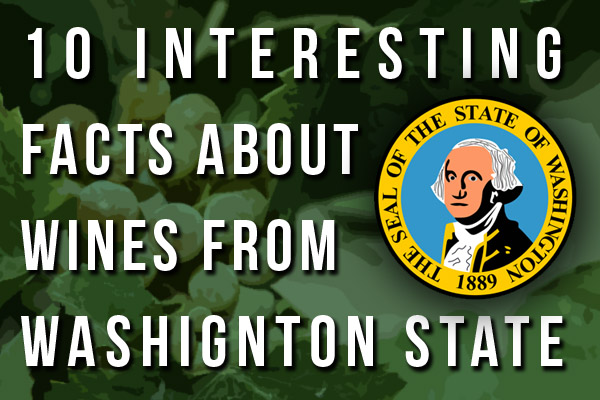 There probably isn’t a greater success story in the history of American viticulture than what has transpired throughout Washington.  That’s because in the decades following prohibition, the Evergreen State was largely known for producing a lot of uninspiring fortified wines and growing mostly Concord grapes.  But fast forward to the present and Washington is now home to twelve American Viticultural Areas (AVAs) and their many wineries have gone on to win numerous awards.

At the International Wine & Food Society, we are proud to have a branch in the city of Spokane and just last week, the Dallas Branch hosted an event dedicated to the state’s wine industry.  So for this week’s entry, have a look at ten interesting facts about the wines from Washington State.

1. Washington State is second only to California as the largest producer of premium table wine in America.

3. The first wine grapes in Washington State were planted at Fort Vancouver as early as 1825
by the Hudson’s Bay Company.

4. 98% of the wine grapes grown in Washington State are east of the Cascade Mountains.

5. These mountains soak up most of the rain from the western part of the state, resulting in
just 7-12 inches of annual precipitation for most Washington State vineyards.

6. Additionally, the vineyards in Washington State receive an average of 17.4 hours of daily sunlight during the growing season – 2 more than in California.

7. The wineries of Washington State are at approximately the same latitude (46-47 degrees) as Bordeaux and Burgundy.

By Bernt Rostad (originally posted to Flickr as Riesling grapes) [CC BY 2.0], via Wikimedia Commons


8. There are more Riesling grapes planted in Washington than any other state in the union.


10. In 1969, the state legislature eliminated a tax on out-of-state wine, forcing local vineyards to compete, thus improving the quality of their vintages.

Source: Veseth, Mike. Wine Wars: The Curse of the Blue Nun, the Miracle of Two Buck Chuck, and the Revenge of the Terroirists. Lanham: Rowman & Littlefield Publishers, 2011.

Question: Do you have a tip for us of a top winery from a relatively unknown wine region?

Answer: Lots of choices with countries like Brazil, Uruguay, and China all emerging. The buzz here this week at the 37th Vancouver International Wine Festival spotlighting 170 wineries is the leading Croatian winery Stina (www.stina-vino.hr) from the island of Brac in Dalmatia. Vineyards at 420-550 metres on a stony plateau facing the sea east and southeast are producing some quality wines from unique varietals: 2013 Posip, 2010 Plavac Mali Majstor, 2010 Plavac Mali Barrique, and 2011 Prosek. 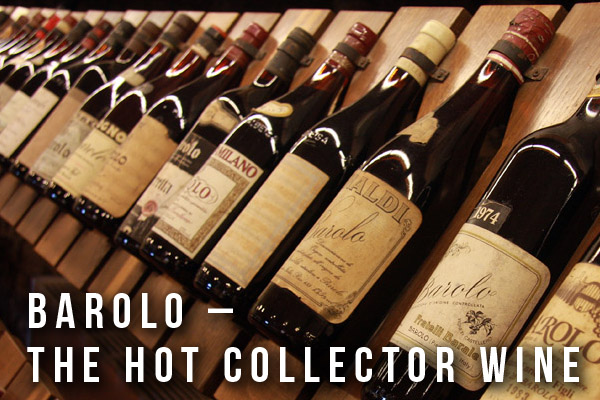 By Alessandro Vecchi (Own work) [CC BY-SA 3.0], via Wikimedia Commons

Great buzz in the trade presently for the value provided by purchasing some top 2010 Barolo (and Barbaresco) for having a proven wine of long ageability. Classified Bordeaux and Burgundy as well as other treasures for cellaring are now mostly too expensive. Consistent rave reviews abound for 2010 as a classic vintage from the long growing season with excellent conditions to ripen nebbiolo. Improvements in viticulture and winemaking techniques also have made these wines more approachable for earlier drinking. Antonio Galloni (www.vinousmedia.com) boldly asserts “2010 is the greatest young Barolo vintage I have tasted in 18 years of visiting the region and a lifetime of buying, cellaring and drinking these wines.” In fact there is so much natural aromatics and intense flavours packed into this vintage that traditional thinkers believe they don’t need oak while more modern feel there is so much depth there that they can support some new oak. Which school will prove to be correct? 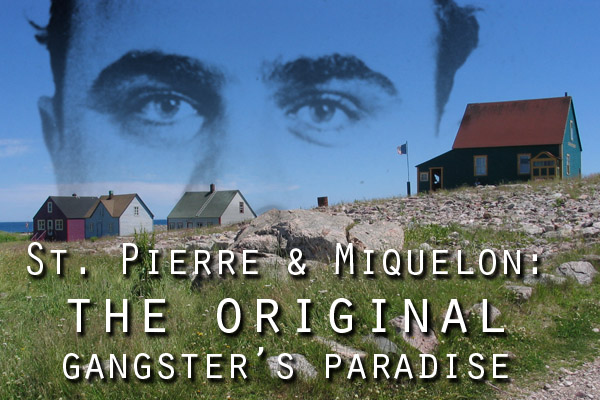 By Marc A. Cormier – www.st-pierre-et-miquelon.com [CC BY 2.0], via Wikimedia Commons

Given to France as a consolation prize following her defeat on the Plains of Abraham, few could imagine that St. Pierre and Miquelon—a string of tiny islands near the coast of Newfoundland—would turn into some of the most valuable real estate on earth during the 1920s and early 1930s.  That’s because once the United States enacted the flawed policies of prohibition, this territory of ninety-three square miles instantly morphed into a lucrative hub for smuggling liquor into North America.  For nearly thirteen years its small and remote population experienced a period of unprecedented economic prosperity supplying alcohol to their dry neighbors.  And chances are that if you or anyone you knew drank wine, champagne or hard liquor during that time, it probably passed through this little-known gangster’s paradise.

Looking at a map, France’s smallest colony was a dream come true for both bootleggers and suppliers.  Situated just fifteen miles off Canadian shores and only a short distance from the largest Rum Row that supplied the American northeast, St. Pierre and Miquelon had a distinct geographical advantage. But more importantly, it was French law that governed the islands, making it legal to drink, produce, store and transport everything from Bordeaux to Bourbon on this strategic outpost.  So when the Volstead Act took effect on January 1, 1920, these beneficial laws began attracting the attention of everyone from Samuel Bronfman to Al Capone.

In addition to French wine exports already arriving on the islands, distillers of Canadian whiskey determined to sell their product south of the 49th parallel quickly turned this archipelago into their own personal fiefdom.  Already enticed by its deep-water ports that allowed boats to dock year round, the clear financial benefits made it an easy decision for these liquor kingpins.  Charging a mere four-cents-per-bottle as an import tax, it was less than one-tenth of its biggest offshore competitor, the Bahamas.  On top of that was the ease in acquiring international landing certificates required by Ottawa in order to be exempt from paying duty on exported liquor.  Historian Daniel Okrent writes, “St. Pierre lay just fifteen miles off Canadian sores, but for duty purposes it was as foreign as the Congo.  No longer did Canadian distillers have to supply their agents in Havana and other distant ports with wads of cash required by local officials before they would stamp fake landing certificates.” 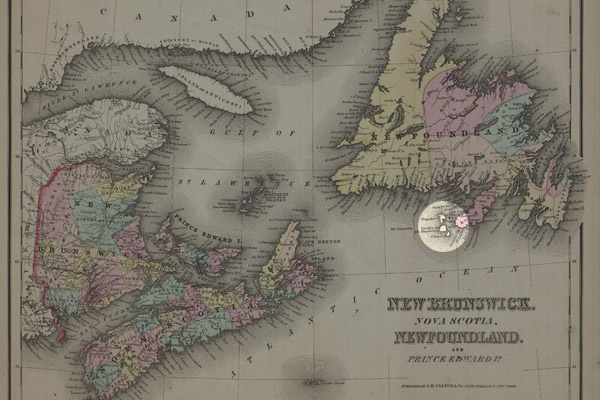 A map of Atlantic Canada from the 1700s showing St. Pierre & Miquelon.

Almost overnight, the entire colony experienced prosperity like never before as a prime liquor hub for much of North America.  The French government spent close to 20 million francs to improve its harbor and storage facilities, which were now accommodating a thousand ships each year.  Despite its low import duties, income from customs alone was three times the operating budget of St. Pierre & Miquelon before prohibition.  Gangsters in pinstriped suits and fedora hats could be seen wandering around L’Hotel Robert, including Al Capone who was rumored to have a private residence on the island.   And with more than two million gallons of Canadian whiskey being exported in just one year, a branch of the Canadian Bank of Imperial Commerce was established on the territory.  Considering the Dominion was doing more business there than they were with Argentina, Australia, Ireland or China, it wasn’t a bad decision at all.

Of course, getting the alcohol to St. Pierre was the easy part.  Illegally exporting it to the United States was the dangerous job left to rum runners who risked arrest and seizures if caught by American customs officers.   One famous bootlegger who visited St. Pierre and Miquelon frequently was Bill McCoy (a.k.a. The Real McCoy) who battled not only high-speed pursuit boats but also potential hijackers once his ship, the Sable Island departed for the east coast.  Thankfully helping him and others every step of the way were locals armed with secret radio transmissions and years of experience navigating vessels.  After all, it was their financial futures that lay in getting as many bottles as possible to U.S. soil. 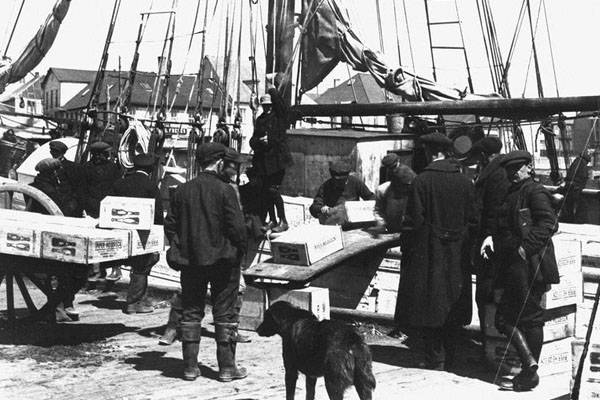 Locals and rum runners loading a ship with what appears to be wine on St. Pierre.

For the more than three thousand people who lived on the islands, the rising economic tide was lifting all boats.  Despite a massive construction boom, the storage facilities were still inadequate, causing liquor companies to pay private homeowners for use of their basements to stockpile nearly four million bottles of either champagne or whiskey at any given time.  The liquor trade was so profitable that most residents who had previously made a living as fishermen were now either living off the easy money or making even more by transporting the alcohol along with the likes of McCoy and the other bootleggers.  But it wasn’t like they had any choice—the refrigeration plants used to store fish had been converted into liquor warehouses.

Unfortunately, what goes up must eventually come down.

Just as the economic miracle of St. Pierre & Miquelon rose to new heights with the enactment of prohibition, it would burst even more quickly after repeal of the Eighteenth Amendment in 1933.  With America reverting back to a wet nation, the demand dried up almost overnight on the islands, causing a massive depression that was to be felt for years to come as both gangsters and Canadian bankers left for greener pastures.  Even today, despite a more diversified economy coming from tourism and oil and gas exploration, the archipelago hasn’t experienced a boom like they did during those thirteen years. Never again would St. Pierre according to Canadian historian Peter C. Newman be “buried in an avalanche of freight, pungent with the smell of superior liquor … so strong that at times the fog that rolled up St. Pierre’s steeply inclined streets with the nightly tides would carry a distinct Scotch flavour.”

Question: Never too early for BBQ season. Do you prefer using gas or charcoal?

Answer: I prefer charcoal but this always is a hot issue open to much debate. Convenience is a big factor in support for gas. Instant ready to go heat is useful and the clean-up is so easy.

I like the taste better from charcoal as you get real smoke that adds complexity to so many dishes. Even vegetables and fruits like asparagus, corn, burnt beets, peaches, and radicchio seem to combine a unique bitter sweetness after their time spent on a charcoal grill. However, many restaurants use gas to prepare your seared steak. Depends on what you are used to and what you personally like. Some even use a wood burning grill which gets my very highest recommendation. Recall so many memorable dishes by the artistic Argentine Chef Francis Mallmann where you can smell the special woods burning as they cook your delicious food. This is the best BBQ experience!