Ask Sid: Which wine to use in cooking a chicken breast?

Question: For an American Southern Style band boneless skinless chicken breast recipe I had to grab another wine and chose a California shiraz. Do you think the recipe will turn out satisfactorily? I could add a bit of a dry red, such as Paisano.

Answer: Thanks for your intriguing cooking with wine question. Good choice to use a spicy red shiraz (syrah) or even a slightly sweeter Paisano (“friend”) in your chicken breast recipe. It should turn out satisfactorily to be very tasty indeed but more in a “Coq Au Vin” style that will change the colour appearance of the bird. You must be adding the standard ingredients of Paprika, Brown Sugar, and Garlic with your red wine. More common perhaps but certainly less Southern would be to use any white wine to keep that boneless skinless pure white breast appearance intact. Should work well but of course differently with any quality wine you pick – red or white.

Followers of this Blog are aware of my fondness for aged wines produced from the Nebbiolo grape variety in Piedmont. Some interesting more recent vintages out there to monitor led by the classic style of 2016. Purchased bottles from Produttori del Barbaresco – especially their rich Riserva Crus from Rabaja & Montestefano – in Magnum format and am now wondering how long before these will be on their best plateau of drinkability. Barbaresco had better weather conditions than Barolo in 2014 but both excelled in 2013. Top Barolo (and Barbaresco) can age brilliantly. Alessandro Masnaghetti with his insightful most helpful maps and Menzioni Geografiche Aggiuntive (MGA) Encyclopedia is a treasure in helping us to understand the amazing diversity of the vineyards in Piedmont. Check out the Ask Sid question on Barolo Vineyard Maps on August 23, 2017 here. Intensive and fun project for the avid consumer to study them looking for similarities and differences.

Over the last few decades your scribe has been enthralled by the regional differences of Barolo as well as the specific vineyards within them. Enjoy them all yet the historic Brunate vineyard in La Morra (but extends down the hill into Barolo) from Marcarini (traditionalists now 6 generations) has been, until more recently, the one most easily available in the Vancouver market. Marcarini Brunate at 300 metres altitude facing S/SW was lower priced and on release often showed quite acidic, angular and tannic. Ironic as La Morra generally tends to be fresh, fruity and less weighty than other regions including Serralunga d’Alba & Monforte d’Alba – less structured & more aromatic, elegant, and for earlier drinking. Also clay, calcareous, and argillaceous with magnesium soils tended to do better in drier late vintages than early wet ones. Tried this last week comparing the outstanding vintage 2010 (see Blog “Barolo -The Hot Collector Wine” on February 23, 2015 here) and the late picked 2004 of Marcarini Brunate. Age has helped them both to develop into wonderful food wines with dinner showing admirable texture and complex smoothness. Good value that with patience improved considerably with bottle age. An under the radar traditional old style producer that is recommended and currently available wines are even better than they did previously with a more careful vineyard selection of grapes.

2010 BAROLO BRUNATE MARCARINI Very tannic when released with variable scores. Vines planted 1985 & 1986 spent 50 days in cement fermenters on the skins and 2 years in medium sized oak barrels of 20/40 hl size resulting in 2000 cases. In 2023 starting to come around with a real depth of intense velvety fruit with surprising structure and length. Tertiary development starting with a depth of spice, balsamic, tobacco, some “tar & roses”, really rather complex. Impressive. Delicious with starter eggplant parmigiana and main dish of boneless lamb shank. No rush at all with this. Confident it will develop even more Brunate distinct terroir with better open bouquet and supple delicate textures with more cellaring. Patience. Value. On my last visit to Marcarini in October 2019 was advised by them that there will be an upcoming release this decade of 2010 magnums. Watch out for them. Excellent potential.

Question: Which wine country has avoided phylloxera damaging the vineyards?

Answer: Tricky. Phylloxera results from an insect feeding on the sap of grapevine roots thereby killing them. Probably the consensus answer would be Chile. However, there are many other wine producing regions that have been phylloxera-free so far. These include the historic Colares in Portugal on those sandy soils, isolated Tasmania and other parts of Australia (Barossa Valley), parts of Hungary, and those special slate soils for Riesling in the Mosel Germany. Has anyone researched this issue and come up with a definitive list?

Happy New Year! Hope the 2023 year provides lots of interesting wine and food experiences for all of you. Over the festive season your scribe was fortunate to try several wonderful mature wines from around the world including some choice bubbles (fresh bright rich complex 1990 La Grande Dame en magnum from Veuve Clicquot). One of the strongest impressions made was the solid performance of some older cabernet sauvignon variety wines from the unique terroir terra rossa red soils in Coonawarra Australia. Long time admirer of the Wynns Coonawarra Estate Grown Cabernet Sauvignon which has been featured on this Blog before on January 18, 2021 linked here. Tried many vintages of that famous Black Label and though some of the editions back in the early 1960s showed a tad too much volatile acidity since then (especially over the last 30+ years) they have proven to be one of the very best quality big production value ageable cabernets in the world. Just tasted again the classic 2013 (the 58th vintage) which continues to elegantly shine at only 13.5 abv showing young black currant plum notes with a touch of spicy mint – and of course that lovely opulent 1986 & famous herbal 1976 (Jimmy Watson Trophy winner) surprisingly still so drinkable.

Paired this time with the 2013 Wynns was the 1977 Laira Coonawarra Cabernet Sauvignon made & bottled by Brand (established in 1966 but with old vines already planted and before the sale to McWilliams). This my last bottle was in hopeful anticipation being the best young cabernet your scribe tasted during his visit to Australia in 1980 for the IWFS World Convention. Extensive write-up on this Convention in my Monograph “An Appreciation Of The Age Of Wine” where some older Grange Bin 95 treasures of 1971 & that Decanter Living Legend 1955 were served. Laira is named after a ship shown on the front label by original owner sea captain Stentiford from the 1890s which was a popular wine on release for the 1977 winning Gold Medals in Brisbane & Melbourne shows. Tasted spectacularly in 1980 though James Halliday in his book “Wines & Wineries of South Australia” (1981) states: “Putting recurrent question of volatility to one side, I believe that Eric Brand consistently produces the greatest – certainly the most distinctive and full-flavoured – Coonawarra reds. It may be that very edge of volatility which lifts Brand’s wines out of the ruck, although their colour is usually stronger and structure better than other Coonawarra reds.” Halliday goes on to write that this $4.50 cabernet sauvignon 1977 is ” Deep-coloured, intensely flavoured with complex fruit structure augmented by new wood. The 1976, 1977, and 1978 wines were absolutely superb.”

This 1977 vintage of Laira has been admired over the last decade in Cellar Tracker with high scores in the 90s but all reviewers complaining about the fragile corks. Our bottle did have a very small cork but came out intact with my Durand even after 45 years. The wine was still a dark red mature colour but wonderfully smooth displaying complexity with elegance, finesse and delicacy. Doesn’t disappoint with volatility or lack of fruit but is very mature. Of course much less bold fruit than the 36 years younger Wynns 2013 but a lovely endorsement for the longevity of Coonawarra Cabernet Sauvignon. Recommend buying a few bottles of more recent Coonawarra vintages and putting them away – but maybe for only 10-20 years rather than 45.

Thanks for your most thoughtful and often quite challenging questions throughout 2022. They certainly were a mixed bag of queries concerning both food but mainly wine. Your scribe always likes to hear from you and appreciates your interest & participation in this popular Wednesday feature. Award best question of the year to Jenny C for her recent most specific topical question (actually 4) on Champagne recommendations for the festive season. One of the great benefits of our interest in food & wine is that all of us continue to regularly learn and educate ourselves on this fascinating topic. Please keep it going with more in 2023! 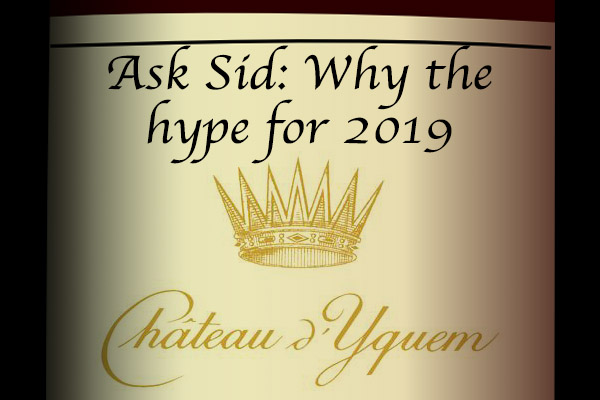 2. What is the name of the largest grape variety?

3. What are the differences between Ridge Zinfandel wines from Geyserville & Lytton Springs? 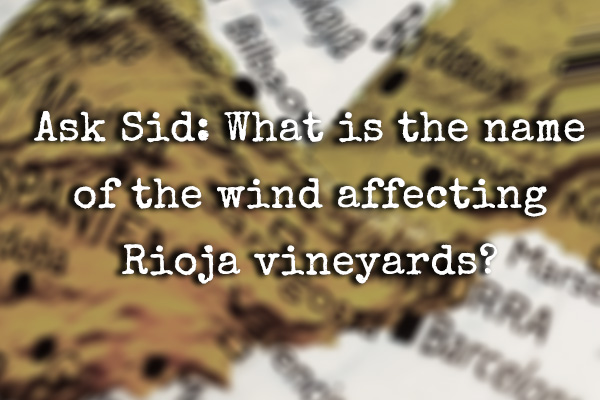 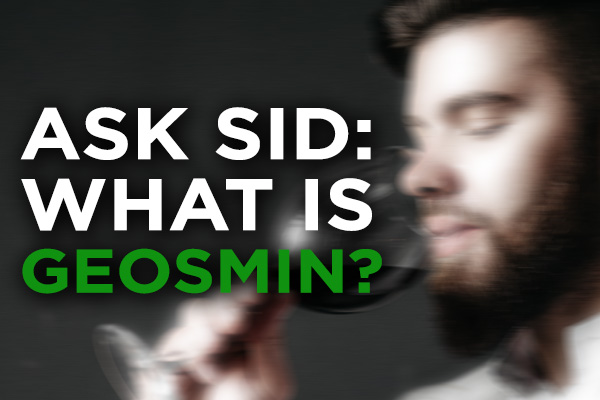 6. What is the correct temperature at which you should serve your Champagne?

7. Who are some of the main Burgundy producers that are now in Oregon?

8. What is the buzz on this new wine bottle made out of paper?

9. I live in Ontario and enjoy good value red wine in the $25 range, especially cabernet sauvignons from Paso Robles. Any guidance to those?

10. Which wine region do you expect to benefit most this year from climate change?