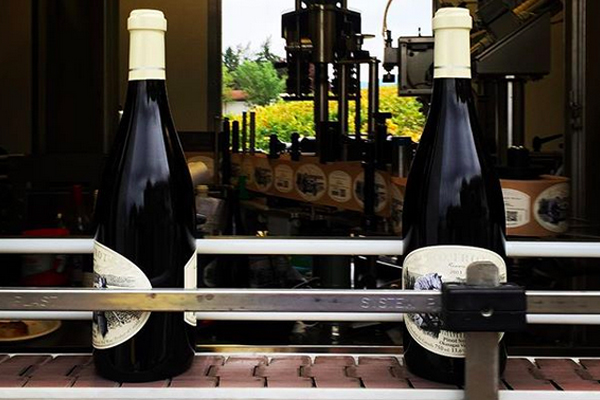 BC wines are distinctly unique and deservedly receiving more respect now around the world. The diversity of the 80+ grape varieties (almost equal white and red) grown over 929 vineyards expanding across 10,260 acres for 271 licensed wineries makes it somewhat difficult to get a handle on what is currently happening but BC Wine Institute (www.winebc.com) marketing helps. However outside interest in the region continues to build with some consolidation taking place such as the recent purchases by Andrew Peller of Black Hills, Gray Monk & Tinhorn Creek and Arterra Wines of Laughing Stock Vineyards. Last year saw the purchase by Phantom Creek Estates of south end Black Sage Bench land estimated for around $50 million with an equal amount expected to spent on plantings winery etc. An exciting alive wine region for sure.

Several grape varieties (and blends) are certainly becoming world class by finding the right terroir, taking advantage of older vines, and using much improved viticulture and winery expertise. A big favourite of your scribe is pinot noir and following the development of this variety in BC has been most encouraging. The level of complex elegance now shown in the wines produced by pinot noir specialists is remarkable. Therefore the news just released of the change in ownership of leader Foxtrot Vineyards (www.foxtrotwine.com) was of prime interest. Not only another smaller winery purchase but an amazing endorsement by Burgundy experts on the very high quality of the existing pinot noir wines that are produced there. The press release says that New York attorney now co-director of Foxtrot Douglas Barzelay is an authority on the wines of Burgundy and co-author of a forthcoming book Burgundy Vintages – A History from 1844 and is quoted as “We were attracted by the consistent high quality of the wines produced at Foxtrot and believe that the Naramata Bench is poised to claim its place among the top terroirs for pinot noir in the world. Noted is Nathan Todd Operation Manager Private Cellar Selections LLC in Greater New York City area also a new co-director stating “We have no plans to change the formula that has brought Foxtrot such success. We salute the achievements of Torsten and Kicki Allander (Founders who have announced plans to retire) and under son Gustav Allander’s direction (winemaker who will be retained in charge of viticulture & winemaking) we look forward to carrying out the expansion plans that Foxtrot has already put in motion.”

What a ringing endorsement of Naramata pinot noir & Foxtrot Vineyards that is!

Hope you have been fortunate to experience a Foxtrot pinot noir. Your impressions? Anyhow recommend perhaps you buy a few bottles of the 2015 before the price is likely to go up. 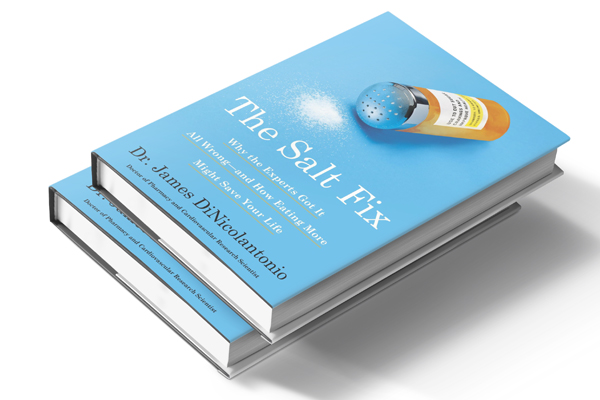 Have you ever been at the dinner table and wanted to reach for the salt shaker? You know all those tiny white crystals will greatly enhance the flavor of the food you’re about to eat—but then all of a sudden, you hesitate. You hesitate because for years, society has told you that too much salt consumption will lead to high blood pressure, chronic diseases and a possible stroke. Knowing all this, you decide to continue eating your food salt-less.

But according to a recent book by Dr. James DiNicolantonio, a cardiovascular research scientist and a doctor of pharmacy, all that we were taught about salt from the medical community and official government dietary guidelines were misleading at best.  Published in 2017, The Salt Fix dispels all the conventional wisdom we had about this mineral, arguing that if anything, we should be consuming more of it.

“We cry salt, we sweat salt, and the cells in our bodies are bathed in salty fluids,” writes DiNicolantonio. “Without salt we would not be able to live.” Using examples from history dating back millions of years ago, he presents a convincing case that human beings did not evolve as a species on a low-salt diet. Interestingly, by the eighteenth century, Europeans were consuming an estimated 70 grams per day: nearly seven times the amount that is consumed today by the average American. And although no records about hypertension existed during that period, the book begins to reveal some fascinating data once it begins looking at the twentieth century.

While today one in three American adults suffers from hypertension, for the first half of the 1900s, that number was only around 10 percent.  As DiNicolantio argues, how can high blood pressure be three times as high “despite salt intake remaining remarkably stable over the last fifty years”?  All signs point to another white crystal known as sugar, which saw a spike in consumption beginning in the late 1980s to 120 pounds a year per person or 150 grams a day. So why did salt get such a bad reputation while sugar escaped such scathing criticism until very recently?

Going back to the first “salt is bad” report in 1904 by two French scientists, the author dismantles the most prominent studies used by the medical community, showing that they were either based on inappropriate study designs, research misinterpretation or a lack of evidence to support their conclusions. Yet despite these flaws, numerous magazine articles and television news reports continue to remind us that salt consumption leads to high blood pressure.

One strength you’ll find in The Salt Fix is the section dealing with official government dietary guidelines and how they can easily be manipulated by lobbyists. For example, while salt was being raked over the coals, the 1985 Dietary Guidelines for Americans stated: “contrary to widespread belief, too much sugar in your diet does not cause diabetes.” In fact, it wasn’t until the year 2000 that those guidelines linked sugar consumption to heart disease and diabetes—a product of intense lobbying by the sugar industry despite a plethora of medical evidence to the contrary.

So does a low salt diet really reduce the risk of developing any of these diseases? A resounding no according to the author who points to South Korea where the average person eats over 4,000 milligrams of sodium daily. “They [Koreans] feast on … grilled meat marinated in a sea of sodium-packed soy sauce … Yet Koreans manage to somehow have one of the world’s lowest rates of hypertension, coronary heart disease, and death due to cardiovascular disease.” Nor is this an anomaly as DiNicolantonio shows that a diverse set of other nations from Japan to Canada and Australia all consume high-sodium diets and yet they all have a lower rate of death due to heart disease than the United States.

With a well-researched debunking of the whole “salt is bad” argument, the author then moves on to show that increased salt consumption has a number of health benefits.  These include helping to manage shock, kidney problems and inflammatory bowel disease. Interestingly, those who exercise regularly are probably the one’s who need the most salt since a person can excrete nearly 3000 milligrams of sodium while working out in a warm climate. By increasing your salt consumption, according to the author, you’ll retain more water and thus, reduce both fatigue and muscle cramping.

Challenging the conventional wisdom most of us had about this mineral, The Salt Fix offers readers a thorough critique of the low-salt diet by uncovering the many flaws of over a hundred years of research into this subject. And by showing us the many positives that salt can offer us, you may never have to think twice before reaching for that shaker.

Question: I am an amateur cook looking for new fish preparation ideas I could watch on TV. Your recommendation?

Answer: Well lots of video out there including on line at the YouTube website and others. I seem to be always setting my VCR to record cooking shows on PBS and The Food Channel and trying to find time to watch them. Though the best program for fish recipes I have enjoyed over the last year is Fish The Dish by Chef Spencer Watts on Gusto (315 on Telus). He is very entertaining in preparing fish dishes but full of good recipe ideas too. It is a worthwhile series each with a special theme on preparing fish in different ways like with Seeds, Garlic, Wrapped, Stuffed, Cold, Oil, Butter, Breaded etc. Check it out.