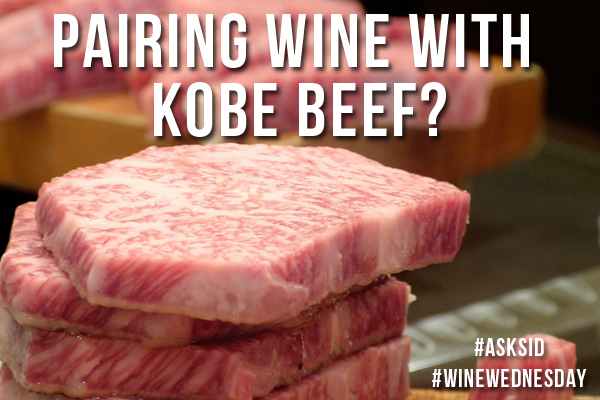 Question: I am serving actual Kobe beef for my 70th birthday so what wines would you suggest as a match?

Answer: Lucky you – what a special treat! I have been fortunate to enjoy it on several occasions both in Japan and here in North America. The best examples were at Wolfgang Puck’s CUT restaurant in the Four Seasons Hotel in Beverly Hills Los Angeles California. Wolfgang prepared identical size cuts of sirloin, rib eye and filet from American Wagyu beef from Snake River Farms in Idaho against true 100% Kobe beef from Kyushu Japan and cooked them identically. The differences were startling with the Wagyu the best steak you can imagine chewing while the fat content was so much more accentuated in the Kobe that you thought you were having foie gras melt in your mouth. Accordingly most big bold full bodied red wines even with younger tannins will work marvellously. Ideal would be to celebrate both your birthday and the amazing 1945 Chateau Latour next year at 70 years but let’s get real. I usually go for a cabernet sauvignon with lamb and pinot noir with beef but here almost any top red wine will work well. I might choose a ripe Napa California cab sauv, a 1990 or 2000 Bordeaux, any vintage of Barolo/Barbaresco as they will seem less tannic, syrah not too spicy say from Northern Rhone Hermitage, Cornas, St Joseph or even Cote Rotie. Almost any bottle of fine red wine from around the world will taste outstanding paired with Kobe beef as the high fat content will smooth it out and increase your overall enjoyment.

Christmas food traditions around the world 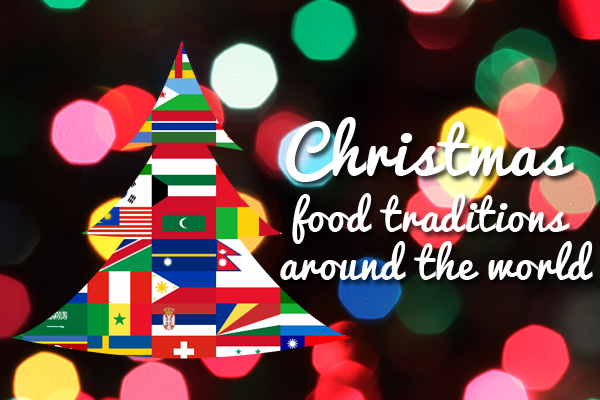 Food traditions celebrating Christmas, Hanukkah, and all the year end festivities around the world are uniquely varied. The IWFS Vancouver Branch for many years at their annual December event specifically focused the meal on only special foods served during this time in different countries including Germany, Netherlands, Italy, England, Denmark, France, Norway and more. Makes for a wonderful educational event. You don’t have to go that far but it is fun and worldly to incorporate one foreign country food item into your menu. Maybe something from your own heritage background. Google it to get ideas and recipes but some of my best ones include:

GERMANY:  Stollen and the most intricate Christmas cookies, Gluhwein,

My lovely wife Joan has a Norwegian background so we usually include one item from there in our celebrations. For some years it was their traditional Lutefisk of fish preserved in lye. We thankfully gave that one up but now every year we love making their delicious Lefse – a Norwegian potato flat bread and Kransekake – almond ring cake.  Find your own outstanding treat and let us all know what it is. Merry Christmas.

With the holiday season now in full throttle, there will be no shortage of parties as we count down to the end of 2014.  Of course, what would a festive celebration be without some wine – either red, white or sparkling?  And as the bottles are uncorked, there are a lot of terms in the wine world that will make describing your favourite glass a little bit easier.  Whether its tannin, aroma or bouquet, a quick study with this helpful infographic that defines ten commonly used wine terms will certainly polish anyone’s cocktail party conversation. 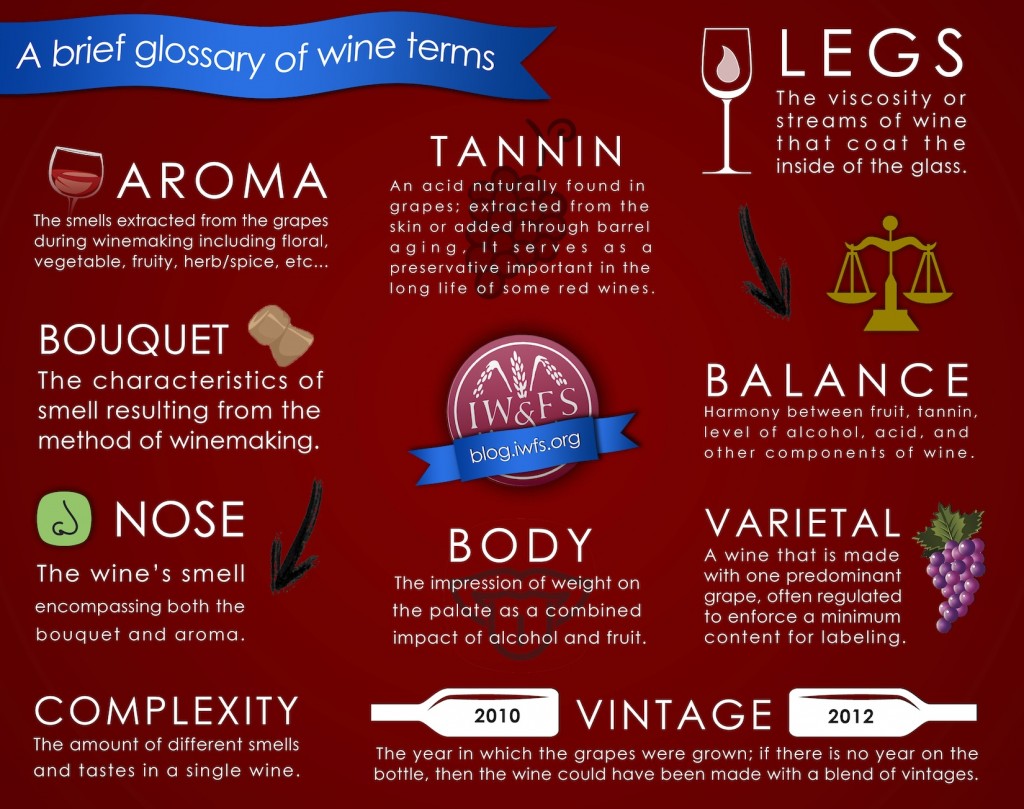 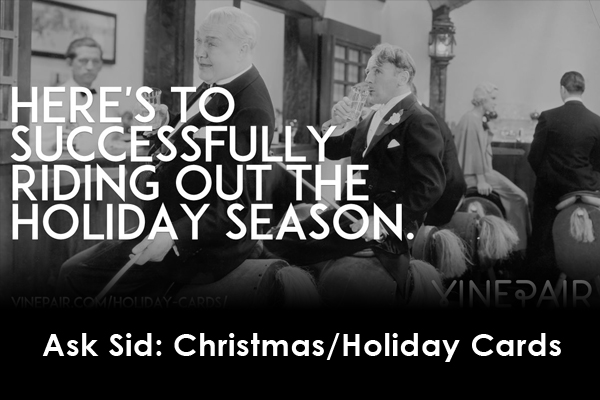 Question: I finally decided this year to stop sending out seasonal Christmas cards by post mail. What about email?

Answer: There are lots of eCards out there but they don’t really deliver the same personal message. Google it to see some of the different options. Check out punchbowl.com, bluemountain.com, 123greetings.com, jacquielawson.com and many others. There is merit in keeping in touch producing an original note based on a food or wine theme and a family photo. Smilebox.com is worth exploring for this. Think up something original – maybe your favourite holiday recipe. Do your own IWFS video. Post on You Tube? Maybe not! I sometimes send a fun one that is wine or booze orientated like those for example on www.vinepair.com/holiday-cards. 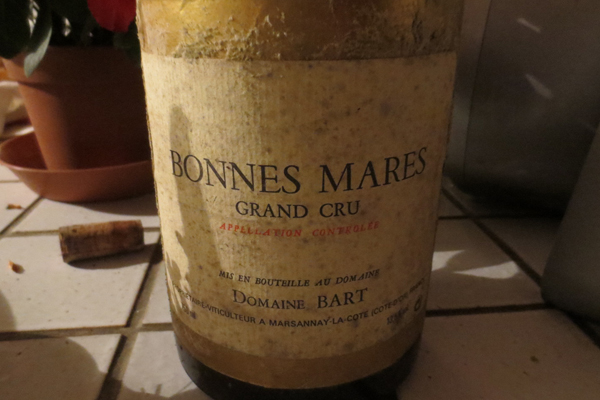 A small tasting dinner last week focused on 9 different vintages from the unique Grand Cru Burgundy of Bonnes-Mares. We enjoyed comparing 2003 & 2002 from Dominique Laurent, 2001 & 1996 from Domaine de Comte Georges de Vogue, 1989 & 1985 from Louis Jadot, 2000 Nicolas Potel, 1993 Jacques Frederick Mugnier, and 1990 Moillard. I attended carrying the expectation baggage that the wines would likely be tannic, rather masculine and with slight differences showing from the Chambolle and Morey-St. Denis parcels. I left with the focused reminder that vintage truly matters and that these wines develop much more complexity with age. The 2002 Laurent showed depth and structure with now better oak integration then earlier but still needing further cellaring. The de Vogue pair both showed the Domaine’s usual lovely dry elegance but 2001 though classy was quite light and 1996 was too earthy. The clear winner was the 1985 Jadot (the first time they included these grapes from their Domaine Clair Dau purchase) which displayed an amazing silky smooth texture with power yet all in balance. If this had been served to you blind you might have thought it was Le Musigny. A very memorable bottle.

This all brought back fond memories of probably the most extensive Bonnes-Mares vs. Le Musigny comparison (all from Comte de Vogue) held by the generous knowledgeable Tawfiq Khoury for the KPBS charity auction in San Diego on October 24, 1984. We compared many years from 1979 back to 1934 in pairs making it easier to understand the very subtle distinctions between Musigny’s more harmonious elegant bouquet with pure intense silky fruit and Bonnes-Mares masculine firmer round full but more tannic character. The group preferences were all for Musigny Vieilles Vignes from the best vintages 1971, 1949 (Michael Broadbent’s “peacock’s tail” choice ), 1945 (magnum), 1937, and 1934. However the 1976 Bonnes-Mares at only 8 years old showed well knit young tannins with lovely fruit full of potential. Probably drinking well now. The message here is that Bonnes-Mares is also a great wine but needs best vintage conditions to show off its best fruit terroir and some bottle age to really develop that bouquet and velvety texture. It shows better on its own too rather than comparing it with its more expensive neighbour. Hope you have bought a few bottles of Bonnes-Mares from a top producer from 2005, 2009 and 2010 for your cellar and as a future treat for a special occasion!

Have you tried an exquisite pinot noir from Bonnes-Mares or Le Musigny?