Ask Sid: What wine was the most important in the last decade? 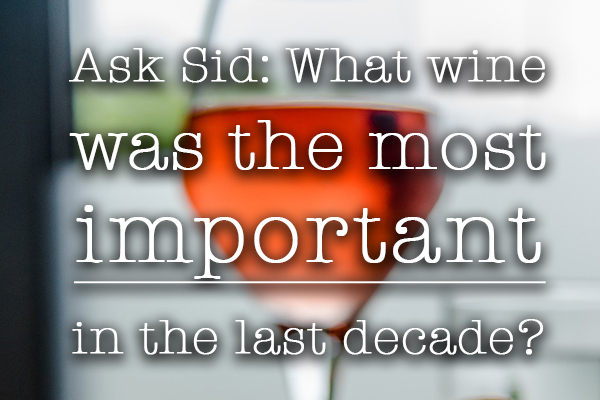 Question: What wine do you think was the most important during the last decade?

Answer: Tough one. Lots of important influential wines, vintages, and new wine regions have emerged over the last 10 years. If your scribe is forced to pick one it would be Rosé. The younger demographics helped launch the popularity of a “casual” trend that became wide spread and firmly established. Now you see Rosé everywhere even in cans and you might feel OK putting some ice with it in your wine glass. The spotlight on the celebrity couple of Angelina Jolie & Brad Pitt with their Chateau Miraval helped a lot. Previously Rosé had been considered by some as a “feminine” choice and restricted to a refreshing Summer drink – but not for use all year long. That has certainly changed. It has become an enjoyable aperitif or a suitable alternative choice to a white or red – especially when group dining. Another important factor is the intriguing shades of pale-pink-red colour it comes in and that enticing statement made in those clear glass bottles. Most important of all is the increase in the different varieties of grapes that can be used in production which are now of very much better quality rather than just from young vines or unripe grapes. There are now some most charming well-made delicious Rosés out there! Try some.