The Week Of The Turkey – Especially Soup! 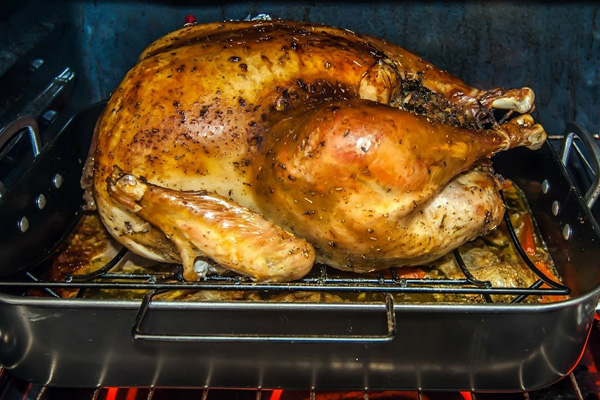 This is the week where all the turkey farmers celebrate their good marketing work. Did you know that a group of turkeys is called a “rafter”? The USA produces about half the world’s turkeys with Minnesota leading the way (estimated 44+ million) followed by North Carolina plus major contributions from Arkansas, California, Indiana, Missouri and Virginia. Brazil, France, Germany, Italy and USA lead about 65 countries producing some turkey meat. The Thanksgiving Day (November 28) dinner in America also prominently features turkey (perhaps even more than this holiday season) but not so much in Canada with their Thanksgiving October 14 (USA’s Columbus Day) while it is Canada’s key protein on December 25. In any event it is an expanding year-end market. The low price of frozen birds in supermarkets is a big attraction but favourite portions are becoming increasingly popular year round with breasts, thighs, legs, deli slices and even ground turkey all in demand. The web is full of recipes for how best to prepare and cook your whole turkey – and tips for the varied stuffing or dressing. We prefer the Julia Child deconstructed method for best cooking results and then re-assembled for the table. Do you have one version to share? What about your cranberry accompaniment? Boxing Day and following are the leftovers time to shine with some actually preferring turkey sandwiches to the warm cooked bird itself. Trendy is to make a hearty tasty homemade soup with the whole carcass, leftover stuffing, cranberries, vegetables and everything else plus water or stock all dumped into one big pot. Bring to a boil and reduce to a simmer for at least an hour (longer tastes even more intense). Take the turkey meat easily away from the bones for adding back to the soup later on and then strain everything left discarding the now well cooked bones, skin, vegetables (maybe those now overcooked Brussels sprouts), stuffing etc. Enjoy!