Question: I just have been job transferred to Toronto and want to try some of the better Ontario whites made from the Riesling grape variety. What are a few of your present suggestions?

Answer: Lucky you. Go crazy with some of those brilliant Riesling wines! Here are 3 of my favourites among the many choices available:

1. 2012 Charles Baker (www.charlesbaker.ca) Riesling from the Picone Vineyard on Vinemount Ridge (sub region of Niagara) around $35. Charles is the Director of Sales & Marketing for Stratus winery but has the passion to make this low yield single vineyard older vines distinctive beauty. Delicious! So fragrant with wonderful balance from vibrant acidity and so textured. Also check out his new younger vines refreshing 2014 Ivan Vineyard around $27.

2. 2012 Thirty Bench (www.thirtybench.com) Riesling from small lots every year show the classic signatures of the Beamsville Bench. I really like their complex “Steel Post” and “Triangle Vineyard” – the one I see most of – and also “Wood Post”.

3. 2012 Flat Rock Cellars (www.flatrockcellars.com) Riesling from Nadja’s is worth seeking out. At LCBO their 2014 regular Riesling for $17. is a good entry example of the success of this variety in Ontario.

Climate Change: Which wine regions are being affected most? 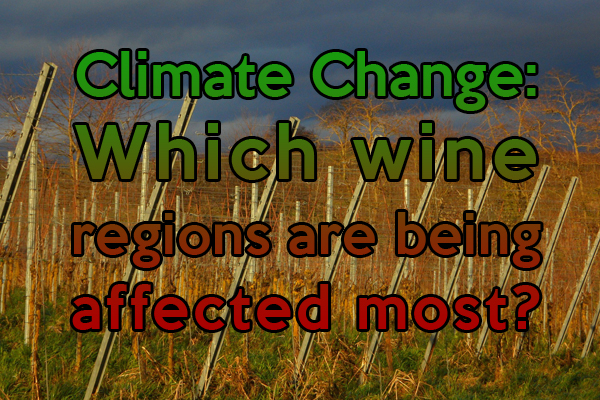 Almost 10 years since Al Gore released his documentary An Inconvenient Truth warning us about global warming. At the time many of us took his advice with a grain of salt. Was it really that serious? Much has happened since then with the European Climate Change Adaptation Conferences in Warsaw 2013, Lima 2014, and 2015 in Copenhagen. Pope Francis just convened a selection of the world’s city mayors including Vancouver to focus on this topic. The G7 leaders have agreed on action to limit global warming to 2 degrees Celsius by reducing carbon emissions. We are all looking forward to some hopeful direction from the UN Climate Change Conference to be held in Paris November 30-December 11, 2015.

It is time for wineries and wine consumers to face the new reality as well. Many regions are experiencing weather extremes from hotter drier summers to sudden periods of violent rain storms. Look at the drought areas and the increasing hailstorms – check out the last few vintages in Burgundy! Forest fires are rampant presently all along the Pacific Coast of North America including California, Oregon, Washington and British Columbia. Today there are 272 active forest fires (many perilously close to Okanagan wineries) throughout the province of BC. Grapes are sensitive to this smoke and of course all the other shifts in weather including hotter temperatures – as are the wild salmon which are suffering this year. What wine regions are affected most by these climate changes? Which are adversely affected? Which are benefiting?

Difficult to tie down specifically yet but something to be increasingly aware of. Certainly the older “perfect” spots of California (Central Valley plus Napa, Sonoma etc.), Australia (Hunter Valley, Barossa etc.), South Africa, Southern France, Rhone, Rioja, Tuscany and the more southern Italian regions, and even Bordeaux are almost becoming too hot. Cooler high altitude vineyards are becoming increasingly important – look at Catena in Argentina and Mount Etna in Sicily.  New most northerly and southerly regions are benefiting more and more from global warming. Look at the recognized potential from emerging areas of Tasmania, South of England, Canada, New York – maybe even the hills of Northern China are next! Terroir is changing in every vineyard in the world. Prize natural acidity. Be aware!

5 things you need to know about Canadian Icewine 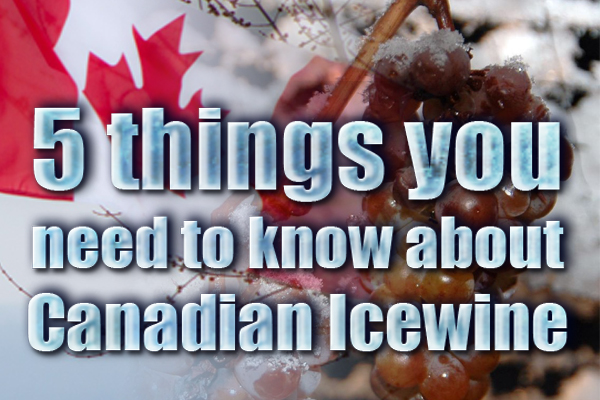 The Dominion of Canada is known around the world for many things: poutine, ice hockey and maple syrup just to name a few.  But what about wine?  With images of cascading snow and sub-zero temperatures, most people generally may not put the words wine and Canada in the same sentence.  So it might come as a surprise to some that in the Great White North, everything from Chardonnay to Pinot Noir is harvested.  That’s because just as 75% of the Canadian population lives within 100 miles of the U.S. border, so lies a majority of its vineyards.  In Ontario, the frigid winters are moderated by two of the Great Lakes while in British Columbia, the Okanagan Valley allows the province to grow grapes similar to Napa and Sonoma.

Of course, the undisputed crown jewel of Canadian viticulture is Icewine.  Writer Tony Aspler notes, “Of all the wines made in Canada, Icewine is the wine the world knows best …  It appears on the exclusive wine lists of the world’s best restaurants, and you can now buy it in India, Taiwan, Hong Kong, Beijing, New York City, London, Rome and Paris.  It’s the luxury gift that everyone loves to give and receive.”

Thrust onto the global stage in 1991 after the Inniskillin Winery won the Grand Prix d’Honneur, Canada is now the world’s largest producer of this dessert wine, surpassing both Germany and Austria. But before you buy a bottle, here’s five important things you should know about this great Canadian export:

Icewine harvest methods differ in that the grapes are left on the vines long after all the regular grapes are picked.  In order to start the process, temperatures must drop to -8°C (18°F) or below for at least 24 hours.  Picking the grapes by hand before sunrise and basket-pressed immediately, the juice usually settles for three to four days before fermentation.  Due to age and temperature, it is highly concentrated with each grape yielding only a drop or two.  That’s why Icewine vintners in Ontario only produce around 65,000 cases per season.
blank

Unlike German Eiswein, which uses mostly Riesling, the dominant grape variety for Canadian Icewine is Vidal [Blanc].  With its thick skin and ability to withstand the freezing temperatures without cracking, this hybrid is widely cultivated across Ontario for the winter harvest.  However, there are some Icewine vintners who have also started using other grapes such as Cabernet Franc, Chardonnay and Pinot Noir.

Without question, Niagara is the mecca for Icewine production in Canada.  With its hot summers, the grapes in this region contain on average a higher concentration of sugar and sweeter musts than German Eiswein.  And during the annual harvest, the freezing temperatures produce usually between 35° to 39° Brix, creating a sweet libation with a long finish and aromas that include dried fruits, apricots and honey.

With Canadian Icewine being extremely popular abroad, a growing counterfeit market has popped up from Shanghai to Western Europe.  Now, if you’re buying a bottle directly from the winery or at a Canadian liquor store, you have nothing to worry about.  But overseas, you should be aware of cheap knockoffs.  One way to check is by looking for the VQA logo on the bottle, which stands for the Vintners Quality Alliance—the regulatory system for Canadian wines.

As Icewine has gained in popularity across the world, it comes as no surprise that the Canadian government makes sure their producers follow a strict set of rules and regulations in order to maintain its reputation for quality.  In Ontario, any winery that violates the VQA Act can be subject to up to $100,000 in fines.  Additionally, in the year 2000, the Austria, Canada and Germany Wine Industry Association Agreement was signed into law, requiring each nation to use only the traditional and labor-intensive method for making Icewine, pledging never to use industrial freezers or any other shortcuts.

Question: What do the terms racking, fining, and filtering mean in wine making?

Answer: Racking is the separation of the wine from the sediment that with time settles in the bottom of the tank or barrel. Usually done by hoses transferring it to another clean tank or barrel.

Fining is the addition of some substance (could be egg whites) to the wine to clear it of particles which are floating or in the wine itself.

Filtering is actually passing the wine through a filter. Controversial because depending on the filter size can strip the wine of important elements. 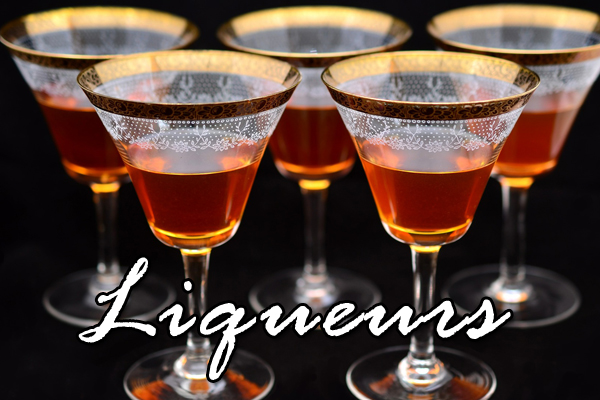 Liqueurs have been around for a long time. They are again becoming quite popular because of their prominent use for the expanding cocktail business. It often is difficult to get an exact recipe for a liqueur because the producers prefer to keep them secret. The 3 main components are spirit, sweetening and flavouring. Drambuie from Scotland has a base of whisky but others may use a base of brandy – Cherry Brandy (or cognac – Grand Marnier), rum (Tia Maria) or even ordinary spirit. Sweetening is usually by the addition of sugar or honey. Flavouring is the key part by using a method of either distillation (“hot” heated through a still and normally colour added) or infusion (“cold” extracted by the alcohol soak and filtered) and the results can be quite complex. The main flavouring groups which you should be familiar with include these:

Which liqueur do you prefer?