Question: I am in my twenties and experimenting with the many Okanagan winery choices available. Sid would you please recommend a good versatile value white for me to try?

Answer: Pleasure. So many styles to choose from. The weather conditions were excellent for both whites and reds now being released from the last 3 consecutive vintages of 2012, 2013, and 2014.  Red Rooster Winery has some consistent well priced quality wines right across the board. Their 2013 Riesling at $17 is so well made by their talented winemaker Karen Gillis showing just off-dry with lovely balanced fresh acidity for the refreshing citric mineral fruit. I am enjoying it often as an aperitif myself at only 12.2 alcohol but it would also match well with fish or lemon chicken dishes. Enjoy it! 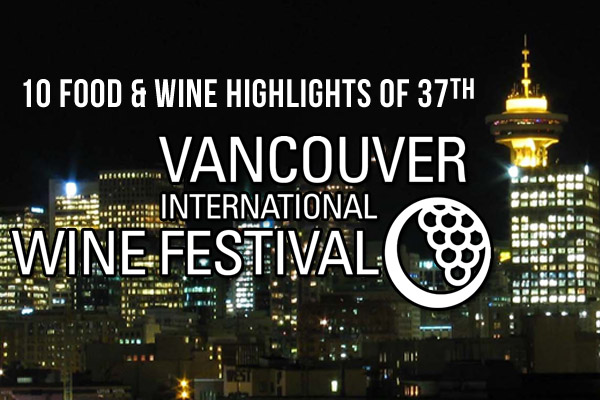 The recent 37th Vancouver International Wine Festival spread over 10 days with 170 participating wineries was full of so many memorable food & wine experiences. Here are 10 of my top diverse highlights in no special order:

A look at the wines of Kentucky 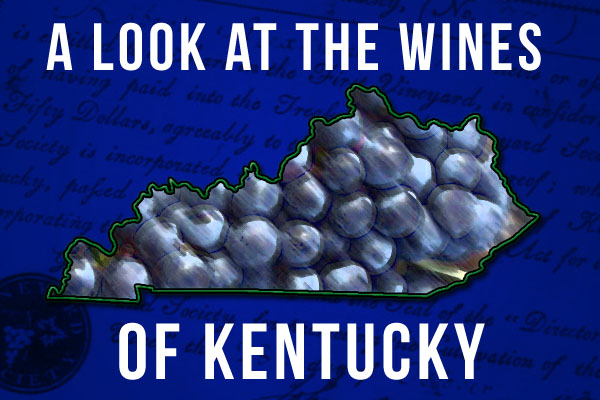 Mention America’s fifteenth state and many will conjure up images of horse racing, bourbon distilleries and college basketball.  But did you know that before the first thoroughbreds competed at Churchill Downs and prior to Colonel Sanders’ secret recipe, the Commonwealth of Kentucky was the Union’s third largest producer of wine grapes?  Or how about the fact that the America’s first commercial vineyard and winery was founded in the Bluegrass State?  That’s right—before there was Kentucky Bourbon or Kentucky Rain—there was Kentucky Wine.

The story begins in 1798 when a Swiss immigrant named Jean-Jacques Dufour traveled across the newly minted nation in hopes of finding the perfect place to cultivate wine.  Stumbling upon what is now Jessamine County on the banks of the Kentucky River, he decided to make this the spot of America’s first commercial vineyard, the aptly named “First vineyard.”  Raising the necessary capital by selling shares of the Kentucky Vineyard Society, a stock company he helped to create, Dufour used the funds to buy more than 600 acres of land and 10,000 vines of over thirty different varieties.  At first, the experiment looked promising with a few bottles even making it into Thomas Jefferson’s wine cellar at Monticello.  However, as most of America’s first vignerons quickly learned, growing Vitis vinifera grapes in the New World was next to impossible during the early 1800s.  And with black rot, Pierce’s disease and phylloxera plaguing the area, Dufour decided to call it quits and head towards the more fertile Indiana territory.  This, however, didn’t mean the end of Kentucky wine–in fact, it was only the beginning. 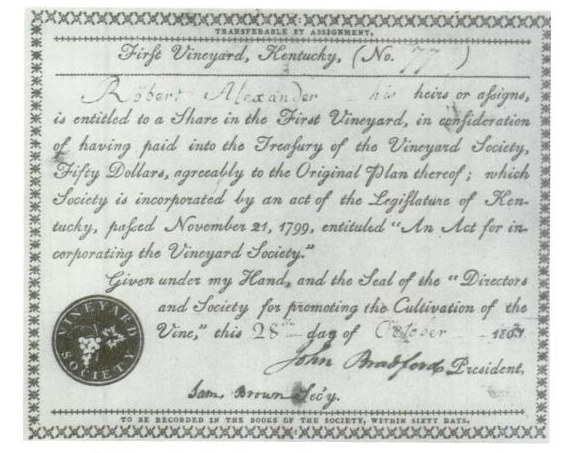 Above: A share in “First Vineyard” issued by the Kentucky Vineyard Society, dated 1799.

Another American wine pioneer that would influence the surrounding region was Nicholas Longworth, a banker and aspiring winemaker living in the border city of Cincinnati.  Following many years of trial and error in the Ohio Valley, he would finally hit the jackpot by growing Catawba grapes, a hybrid of European rootstocks and American Vitis labrusca.  And after accidentally fermenting these musky grapes for a second time, the result was a sparkling libation that transformed the Buckeye State into the largest producer of wine in the United States by 1859.  Of course, this success would soon spill over the Ohio River into Northern Kentucky, which shared a similar climate and geology.  In 1840, the Bluegrass State produced just 2,209 gallons of wine.  Twenty years later, that figure jumped to 136,000 gallons.

Unfortunately over the next hundred years, various diseases, a Civil War and ultimately prohibition would decimate Kentucky’s wine industry as farmers switched over to growing tobacco.  But with that industry now in decline, a winemaking resurgence has taken place over the last few decades.  One vital factor in its comeback has been the state government in Frankfort, which agreed to finance half the startup costs for any new vineyard.   From 1998 to 2002, the grape acreage in the Commonwealth quadrupled with Cabernet Sauvignon, Cabernet Franc and Chardonnay accounting for much of this phenomenal growth.  Moving away from native/hybrid grapes such as Vidal Blanc and Chambourcin, today’s Kentucky vintners seem to share the same pioneering spirit growing vinifera varieties as their ancestors did more than 200 years ago.

Encompassing part of the Ohio River Valley AVA, the Bluegrass State currently has 65 wineries on over 600 acres producing more than 100,000 cases per year.   “The industry is growing by leaps and bounds,” according to Tyler Madison of the Kentucky Department of Agriculture. “It’s an exciting time to be a part of Kentucky wine because it’s all still so new.”  One way to learn more about the state’s best vintages is to check out the winners from the annual Kentucky Commonwealth Commercial Wine Competition and Commissioner’s Cup.  And the next time you’re traveling anywhere from Bowling Green to Lexington, sample some wines from an industry that dates back to the time of Jefferson and is destined for a breakout moment in the twenty-first century.

Question: I’ll be traveling to Budapest later this year – can you recommend some local wines to have during dinner?

Answer: Lots of wines from 22 different regions. 5 of my favourite areas are:

2. Eger. The classic Egri Bikaver (Bull’s Blood) and more. Look for Tibor Gal Winery (GIA). Hard to believe 10 years since he tragically died in 2005 from an auto accident in South Africa. Remember driving with Tibor in a 4 wheeler through the forested hills discovering former old wineries and inspecting all the innovative new plantings he instituted.

3. Szekszard. Fuller spicier reds from the local Kadarka grape and others.

Drive or take the tram to the Buda Hills for historic Hungarian food restaurant Nancsi Neni with your wine choice. Enjoy! 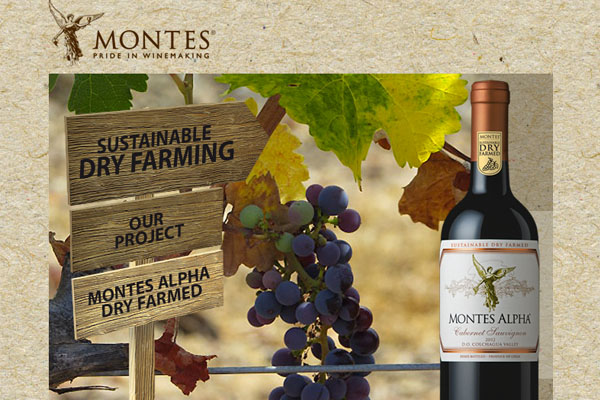 Montes are celebrating 25 years and beyond of pride in winemaking in Chile. In 2004 the legendary Aurelio Montes with his partner Douglas Murray built a state of the art winery in Apalta for their top quality wines. Now his son Aurelio Jr. after oenology studies and practical experiences in Australia (Rosemount), Napa (Franciscan) and elsewhere is “making wine to sit down and enjoy life with it.” At his recent wine seminar in Vancouver the rich full bodied round plummy generous 1999 Montes Alpha Cabernet Sauvignon shone brightly in a short vertical (all with 10% merlot) against the 2001 (drier more tannic from a rainy year), 2006 (warmer than 2001 but an average year showing typical herbal Chilean characteristics), and 2010 (special year of the earthquakes just before harvest). Also showed their popular 2011 Folly (syrah) at 15.2 & 2012 Purple Angel (ripe carmenere with 8% petit verdot “nerves”). My favourite was their great Bordeaux blend the intense 2011 Alpha “M” (80CS, 10CF, 5M, 5PV) 18 months in new French oak but so focused as a wine of Chilean terroir with classy equilibrium. The elegant “Angel” label “M” recommendation for food pairing is “game – ostrich best or lamb with blueberries”. Their first one produced in 1996 as an ultra-premium icon pioneer is alive and still aging well. An easy 20 year cellar candidate.

What was enlightening to me was the difference between their estate bottles of the regular and their “sustainable dry farmed” noted on the label of both Montes Alpha cabernet sauvignon and their carmenere all from Colchagua Valley fruit. Vines that are irrigated “lose energy” to the foliage while non-irrigated ones show “better grip energy & concentration with purer flavours”.  Dry farming is resulting in earlier correct ripeness of balanced acidity and tannins with complex minerality. The berry size is only .7 grams vs. 1.1 grams and the yields are only 6 Tons/hectare rather than 10. I was impressed that the skin to pulp ratio increases to 37% compared to only 12% by not irrigating. Montes are setting a good example to other wineries in Chile with this research. Check out the amazing results for yourself!