From the Vault: Food Irradiation and its Cold War origins

It was at the height of the Cold War and nuclear energy was everywhere.  As numerous power plants were built across North America, the USS Nautilus became the world’s first submarine to be fueled by the atom.  Considered both the safest and cheapest way to electrify towns and cities, experts predicted that you would no longer have to meter homes due to nuclear power’s outrageously low costs. 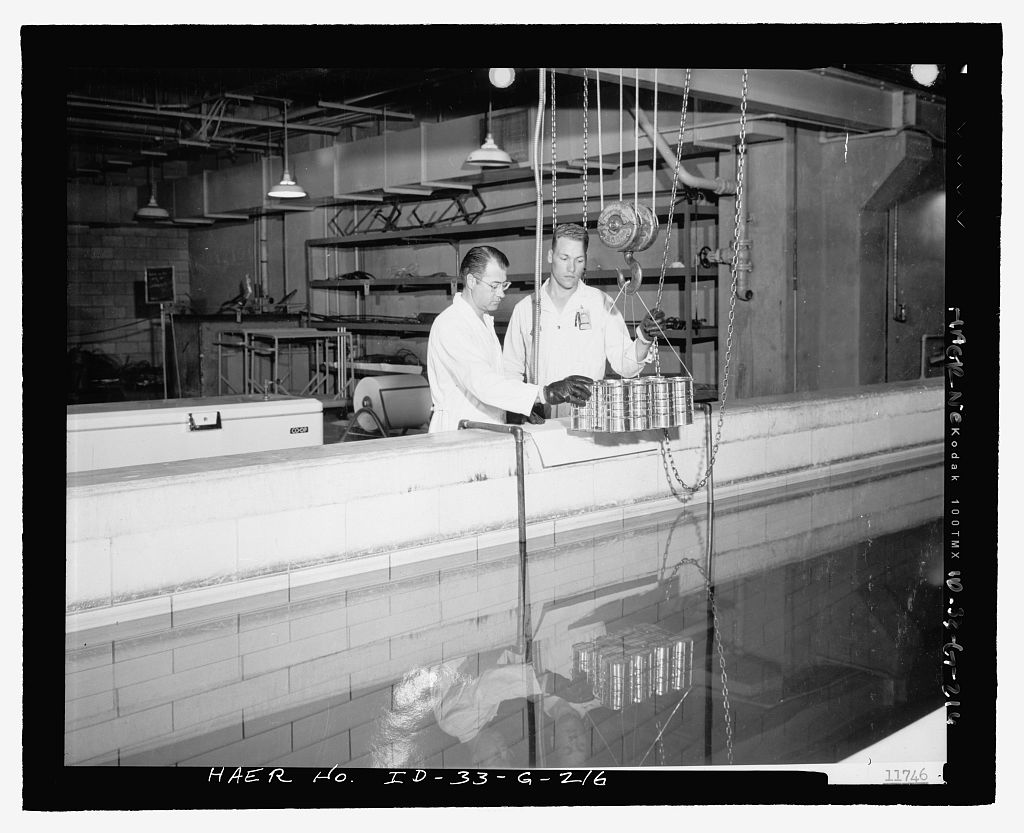 Workers pose for a Gamma Irradiation Experiment.  Cans of food will be lowered
to canal bottom, where MTR fuel elements emit gamma radiation.

So during this period, it was only natural that atomic science crossed paths with the food we eat.  Starting in 1953, the United States Army along with scientists at MIT began testing out whether using specific dosages of ionizing radiation would slow down or possibly eliminate the spoilage of food by destroying certain bacteria in it.  And although the technology had existed for nearly half a century before, Cold War geography now made food preservation a top government priority.

As the Korean War winded down and the American military extended its footprint across the globe, the issue of keeping food fresh for soldiers and personnel on the front lines was vital.  If war broke out in Berlin, Budapest or Beirut, meals could be brought from the other side of the globe just as fresh as the day they were picked or cooked.  With irradiated food, expiry dates could go from days to months — even without refrigeration. Food storage would be revolutionized for military and civilians alike.

More than half a century later, many of the foods and spices we eat use irradiation.  And while consumers have raised concerns about the safety of irradiating food, often confusing it with being radioactive (it’s not), studies have showed that more and more people are opening up to this concept.  What’s your thoughts? Pro or con? 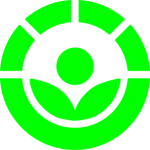 The international Radura logo, used to show a food has been treated with ionizing radiation.