10 interesting facts about the wines from South Africa 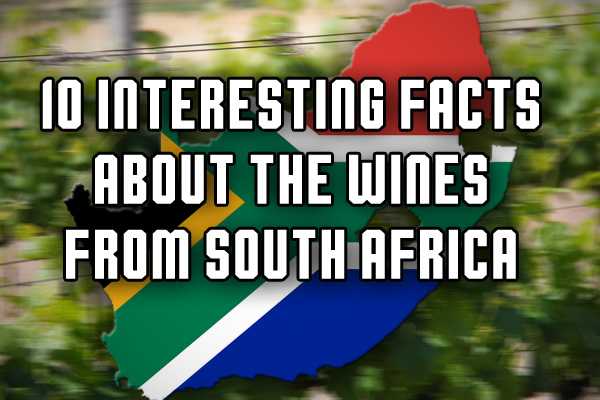 No non-European country has a greater winemaking past than the Republic of South Africa.  For hundreds of years after the first Dutch settlers arrived, the country has experienced both highs and lows, emerging as one of the biggest wine producers in the world.  So have a look below at ten interesting facts that have led to this modern era for South African wines.

2. The first vines were planted in the 1650s by Dutch colonists on the Western Cape. Looking to establish an outpost for ships sailing to towards the East Indies, they quickly discovered that native grapes were inferior and asked for French vines to be sent by the Dutch East India Company.

4. Following the devastation caused by both phylloxera and the Anglo-Boer War, a series of wine cooperatives that wielded enormous power for over a century were established throughout South Africa.

5. Despite over 300 years of winemaking, few in Europe and North America had tasted South African wine due to trade restrictions resulting from the country’s apartheid government. This all changed in the 1990s as democratic reform caused the sanctions to be lifted.

By Western_Cape_rural_education_districts [CC BY-SA 3.0 or GFDL], via Wikimedia Commons

6. The finest wines in South Africa are produced in the Coastal Region, located within the Western Cape, one of the Republic’s five major wine zones.

8. For years, Brandy was such an important part of the South African economy that the vast majority of grapes were white. Currently, white grapes represent 55% of all grapes grown in 2011.