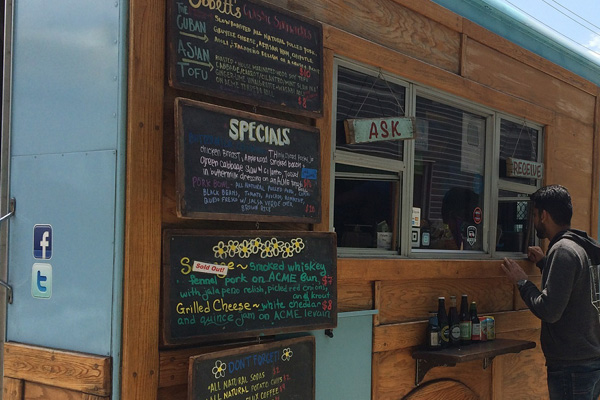 The explosion of food trucks in major cities has been a very successful phenomenon. Understandable with an abundance of new talented chefs emerging without the necessary capital needed for real estate investment. Mobile kitchens also suit the economic crunch reaching out to consumers who are seeking cheaper quality food with faster service. Food trucks now are prominent in most cities with the West Coast of America strongly represented all the way from Vancouver, Seattle, Portland, San Francisco to Los Angeles.

The streetfoodapp.com for Vancouver is most helpful with details including a listing of the food trucks, where they are located, and their hours of operation. Some already have been successful restaurant operations who have opened a truck outlet (Vikram Vij’s Railway Express) and others have been so successful as a food truck that they now have opened a restaurant outlet (Tacofino).

Last week saw the first Chef Meets Truck Festival in Vancouver organized by the chefstablesociety.com. The innovative idea was to show some Vancouver restaurant chefs hopping aboard local food trucks to jointly cook up some new exciting “gourmet” dishes matched with appropriate beverages. The event was very successful and likely to become an annual feature. The exciting menu for the inaugural one was as follows: 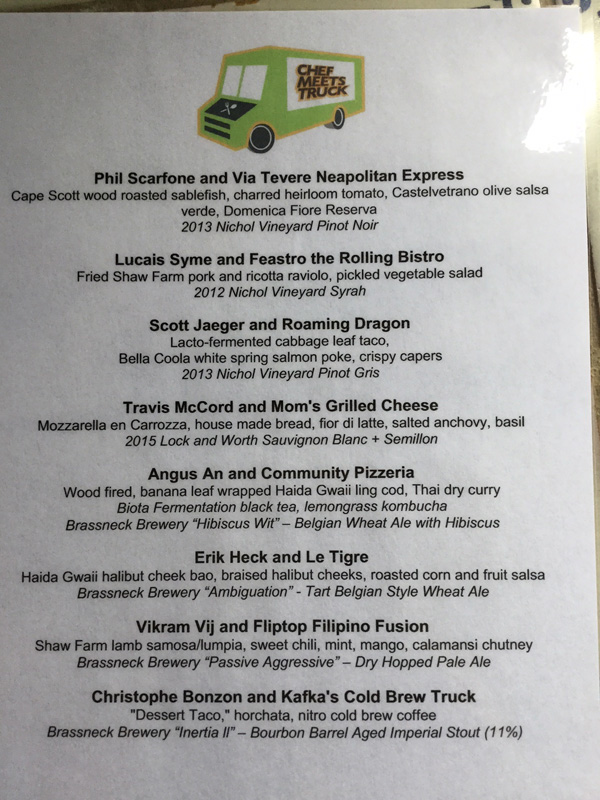 Please weigh in with your fav food truck dish and tips from your city!