A look back at Granholm v. Heald 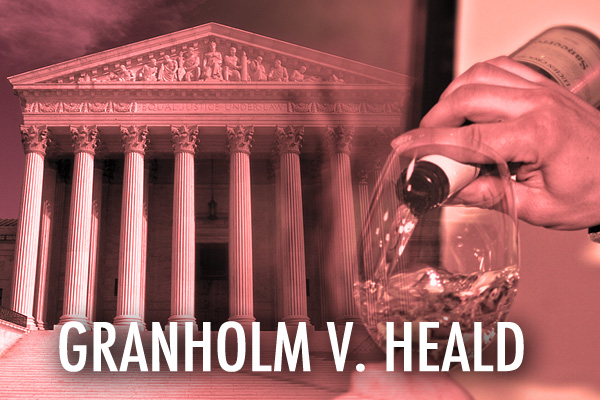 Of all the famous Supreme Court cases—from Marbury v. Madison to Bush v. Gore—there is one that oenophiles should be very familiar with: Granholm v. Heald, a landmark 5-4 decision in 2005 that completely changed the way consumers are able to purchase wine.  Dismantling an antiquated “three-tier” system that had been in place since the repeal of Prohibition, this decision finally gave wine lovers the ability to buy their favorite vintage across state lines.  The red tape that had existed for decades (and made little sense in the age of the internet) was finally ripped to shreds.  But to understand the importance of this case, you first need to understand the context behind the decision.

While the Twenty-first Amendment ended the “noble experiment” known as Prohibition, legislators also threw a curveball known as Section 2, which states, “The transportation or importation into any State, Territory, or possession of the United States for delivery or use therein of intoxicating liquors, in violation of the laws thereof, is hereby prohibited.”  Essentially, states interpreted it to mean that they alone were the supreme authority when it came to all things related to alcohol.  So while national Prohibition officially ended in 1933, many states continued the practice with Mississippi being the last one to repeal its laws in 1966.  Of course, some states handed jurisdiction over to the local counties and municipalities—hence the term “dry county.”

Additionally, with fifty different sets of laws, what became known as a three-tier system was established by the wine industry, which regulated how their product reached the consumer.  Going from the winery to the wholesaler, and then on to the retailer, this system puts an enormous amount of power in the wholesaler’s hands.  As the middlemen, they determined which wines ended up on the shelves, leaving the door wide open for corruption and kickbacks.

Then came the Internet.

With wineries establishing e-commerce sites, consumers could now buy from the vineyard online, eliminating the entire role of the wholesaler.  And with websites tearing down the traditional barriers, a much greater selection was now available, allowing someone to have wines that weren’t available at the local shop shipped to them directly.

Attempting to turn back the clock, some states fought back against these new practices.  Two in particular—Michigan and New York—passed laws allowing in-state wineries to ship directly to consumers but banning out-of-state wineries from doing the same.  In what can only be seen as a flagrant attempt at unconstitutional protectionism, Eleanor Heald and her fellow oenophiles argued that the two states had violated the Dormant Commerce Clause, which states that Congress has the sole power to regulate commerce between the states. 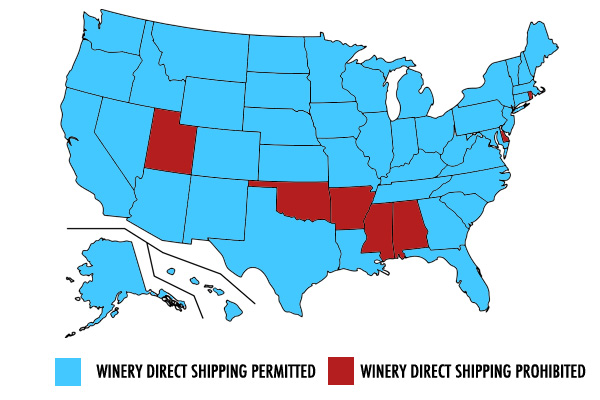 After nearly a decade of battling in the courts, the Supreme Court began hearing arguments from both sides in December of 2004.  Less than two months later, the majority ruled in favor of out-of-state wineries, agreeing that the Twenty-first Amendment did not supersede the Commerce Clause. More than a decade after this decision, all but seven states have enacted some form of direct wine shipping.  However, since the states have autonomy over this matter, they still have the power to ban all forms of direct shipping, which several have done.  And matters such as the volume shipped and other requirements are still within their jurisdiction.  But without question, this case has definitely made it a lot easier to purchase your favorite wines online.  So the next time you place a website order and have it shipped via courier, you can thank the highest court in the land.