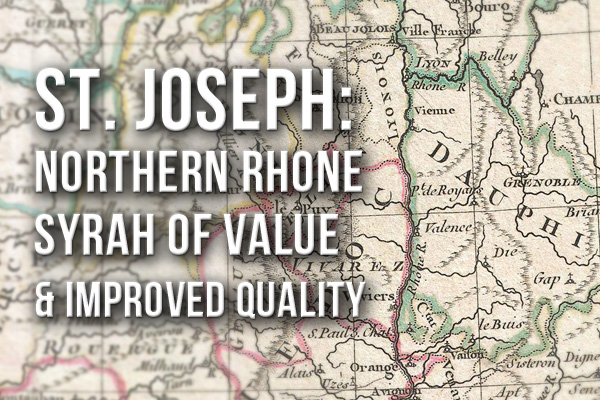 Over the past year one of our tasting groups has shone a bright spotlight on the Syrah variety from the Northern Rhone. Quite an amazing journey! We enjoyed several theme dinners with a focus on various vintages of the most key regions including Hermitage (consistent leader Chave & top vintages from Jaboulet of 1990 & 1978), Cote Rotie (expensive Guigal Cote-Rotie single vineyard La La wines & still under rated Jamet), Cornas (amazing A. Clape, more controversial Jean-Luc Colombo & lesser known Domaine Alain Voge) and even lesser applauded Crozes-Hermitage: though that 1978 Thalabert from the late great Gerard Jaboulet is still world class!

My overall impression is that St. Joseph is an important region to watch (and to collect at still relatively fair values) now finding an identity with keen producers making their mark and leading the way in different styles of Syrah with riper fruit all of increasingly top quality. Who will emerge over the next decade as the clear leader of St Joseph? Have you tried some? Check it out.