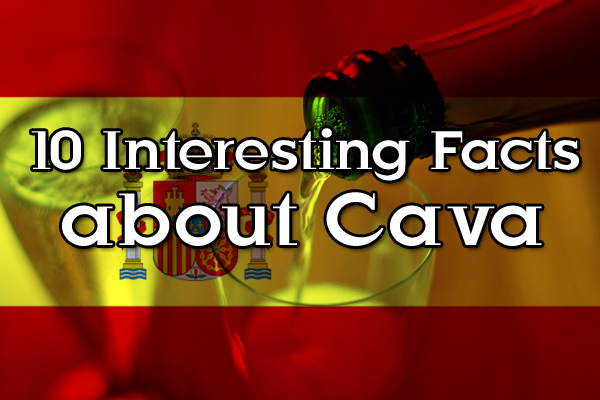 By cyclonebill from Copenhagen, Denmark (CavaUploaded by FAEP) [CC BY-SA 2.0], via Wikimedia Commons

Ever since the financial meltdown in 2008, many sparkling wine drinkers have searched high and low for a substitute to costly Champagne.   And in 2013, Italian Prosecco—where the secondary fermentation process takes place in steel tanks, reducing the price per bottle significantly—outsold its French competitor for the first time ever.

However, if you’re looking for another alternative that won’t put a major dent in your wallet, you might want to try Cava, one of Spain’s most popular exports.  Although seen by many as the poor man’s sparkling wine, being largely relegated to college parties where quality takes a back seat to affordability, the stereotype is slowly being dismantled as numerous Spanish winemakers seek to improve the negative perception of this drink.  Much like Prosecco, if you’re willing to spend a little extra, you’ll be pleasantly surprised!

But what exactly is Cava?  What grapes are used to make it? What methods and industry regulations govern the production of this wine?  Have no fear—below are ten quick facts that will get you up to speed on this bubbly libation.  Cheers!

By SantiagoFrancoRamos (Own work) [CC BY-SA 4.0], via Wikimedia Commons

1. Cava is made in several regions across Spain, but approximately 95 % of it comes from the Penedès region of Catalonia.
blank

By batega (originally posted to Flickr as Young wine) [CC BY 2.0], via Wikimedia Commons

2.  A number of different grapes are allowed to make Cava.  However, the three most traditional are xarel-lo, macabeo and parellada.
blank

3. Many vintners also use chardonnay and pinot noir to make Cava — two grapes that are also used for Champagne.
blank

By Justus Hayes [CC BY 2.0], via Wikimedia Commons

4. Cava that is made from local grapes tends to have earthy aromas.
blank

5. Freixenet, makers of the world-famous Cordon Negro in its signature black bottle, is also the world’s largest producer of sparkling wines.
blank

By cyclonebill from Copenhagen, Denmark (CavaUploaded by FAEP) [CC BY-SA 2.0], via Wikimedia Commons

6. Up until 1970, Cava was called “Spanish Champagne.”  But due to E.U. regulations, no area outside of Champagne, France can use that term — requiring Spain to change the name to Cava.
blank

7. The word Cava is Catalan for “cellar.”
blank

By Herrero Uceda (Own work) [CC BY-SA 3.0], via Wikimedia Commons

8. Despite most Cava being relatively inexpensive, it is made through the traditional method where the secondary fermentation process takes place in the bottle instead of in tanks, which is usually the case for lower-priced sparkling wines.
blank
blank

9. After removing the yeasts from each bottle, a sweetened reserve wine is added to Cava.  The amount added will determine whether it is dry (brut) or sweet (Demi-sec or Semi-seco).
blank

10. Rosé Cava is usually the result of adding cabernet sauvignon, garnacha or monastrell grapes to the blend.
blank