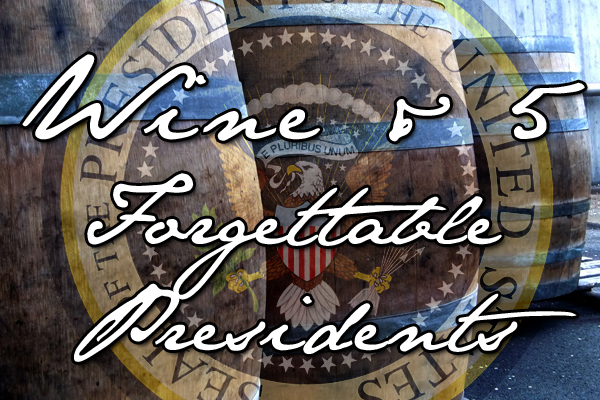 Mention wine and the U.S. presidency in the same sentence and many oenophiles will respond with the name Thomas Jefferson.  Given his well-documented passion for viticulture and a huge scandal surrounding several counterfeit bottles that falsely bared his initials, its easy to see why Jefferson is such an important figure in the history of American wine.

But what about some other presidents – you know, the ones you’ll never see on the dollar bills?  For this week’s entry, have a look at some interesting anecdotes from five lesser-known chief executives of the nineteenth century and how this libation played a peculiar role in their administrations.
blank 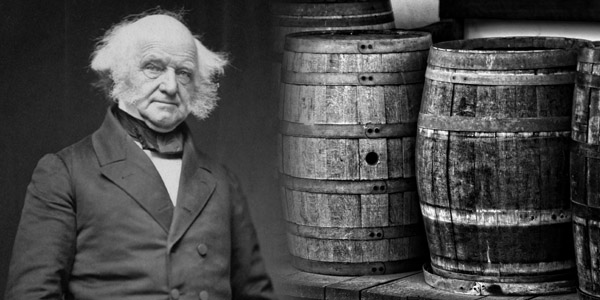 Spending four years as Andrew Jackson’s vice president before his own election to the top spot, Martin Van Buren developed a taste for the finer things in life while living in Washington D.C.  One of those things was wine, spending nearly twice on this drink than what he paid in taxes.  “I want about fifteen or twenty gallons of table-wine,” he wrote to one of his subordinates. “Say prime Siciliy, Madeira, or some other pleasant, but light and low wine to drink with dinner.”

Unfortunately, Van Buren’s interest in wine also played a significant role in his downfall during the election of 1840.  As the United States struggled through a terrible recession following the Panic of 1837, his Whig opponent, William Henry Harrison successfully painted the president as an out-of-touch elitist. Despite this commander-in-chief’s humble beginnings in Upstate New York as “Old Kinderhook,” the charges stuck in part because of Van Buren’s known interest in wine – an aristocratic drink during a time when America was mostly an agrarian society that consumed whiskey and hard cider.  By using the facts that his opponent loved champagne and had a French chef, Harrison easily defeated Van Buren in the Electoral College with a political strategy that lives on to this day.
blank 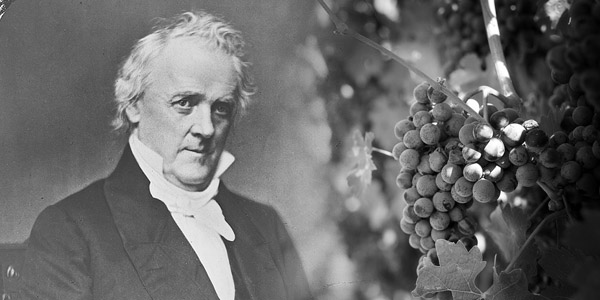 From the North, but sympathetic to the South, President James Buchanan is often criticized for supporting policies that caused the Civil War.  For this reason, Buchanan usually ends up near the bottom of historical rankings of Presidents of the United States.  But as historian Mark Will-Weber writes, “In vivid contrast to Buchanan’s marks as a leader, “Old Buck” warrants straight A’s when it comes to his ability to handle alcohol.”

Much like Thomas Jefferson, Buchanan served abroad as a diplomat and later as secretary of state, giving him the opportunity to sample some of Europe’s finest wines.  And after returning home to America, this life-long bachelor definitely knew how to throw a party, purchasing nearly three hundred bottles of wine and 150 bottles of champagne for just one event.  Later as president, Buchanan carried on this alcohol-fueled tradition, complaining once about the small size of bubbly that was sent to 1600 Pennsylvania Avenue.  “Pints are very inconvenient in this house,” Buchanan wrote.  “As the article is not used in such small quantities.”
blank 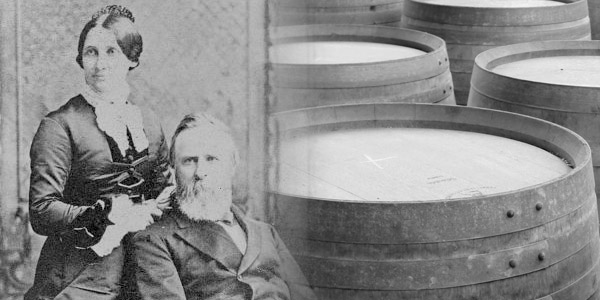 3. Rutherford B. Hayes –
Mostly dry with the rare wet spot

After winning the presidency, but losing the popular vote, President Rutherford B. Hayes came into office in 1877 owing a lot of favors.  One such group that was looking for a return on their investment was the temperance movement, still fifty years away from seeing their policies come to fruition.  Agreeing with their sentiments, Hayes pledged to set an example as president, banning alcohol from all White House functions.  And supporting him 100% was his wife, Lucy Hayes, nicknamed Lemonade Lucy for her staunch support of prohibition.

But when the sons of Czar Alexander II arrived at the Executive Mansion for an official visit, Hayes’s Secretary of State begged his boss to lift the ban, fearing that Americans would be viewed as uncultured for not serving wine with dinner.  Acquiescing, the president’s decision that night would cause a rift between him and his dry supporters after they found out about this act of treason.
blank 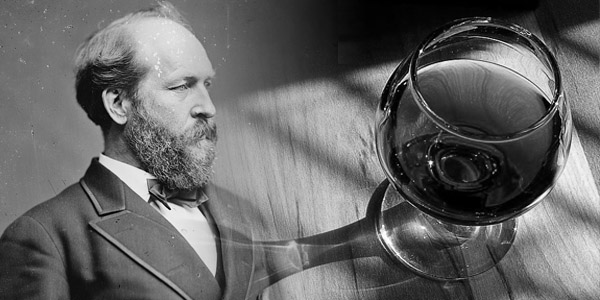 James Garfield has the distinction of being one of only four presidents to die in office as a result of an assassination.  The only difference is that most historians and scientists now believe Garfield could have survived if only his doctors didn’t use such unsanitary methods, resulting in the spread of the infection and his untimely death nearly two months after being shot.

An interesting anecdote is that two days before assassin Charles Guiteau shot the president, Garfield wrote to his wife asking her to bring some port to their vacation home in New Jersey.  “For two nights I have taken a glass of port wine and conclude that it is one reason that I have slept better,” wrote Garfield who rarely drank and supported temperance.  “… If you can bring me a little more that you can trust as pure port, I think it may be of advantage to me.”
blank 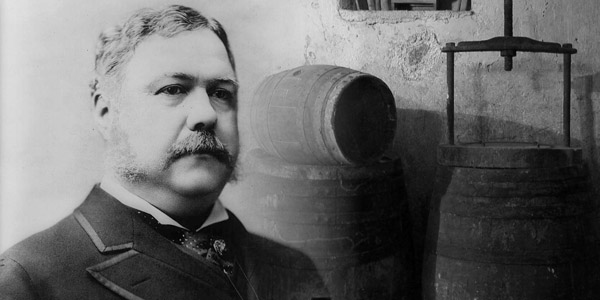 5. Chester A. Arthur – Lobbying with Wine

Thrust into the number one spot after Garfield’s death, President Chester A. Arthur was known to enjoy all the luxuries associated with the Gilded Age.  He loved eating at the famous Delmonico’s restaurant in lower Manhattan and while in office, Arthur would hire a prominent New York chef to work in the White House kitchen where pomp and circumstance became the new norm.  “President Arthur has far surpassed all his predecessors in the matter of entertaining at the White House,” wrote one newspaper.  And of course, what would a fabulous meal be without an excellent vintage?

Knowing Arthur’s weakness for fine wines, one lobbyist understood that the best way to get in good with the product of Tammany Hall machine style politics was to shower him with liquid gifts.  One present in particular was a collection of Madeira.  Only these bottles allegedly came from South Carolina’s Charleston Jockey Club, where wealthy southerners fearing General Sherman’s “March to the Sea” hid their best and rarest bottles from Yankee destruction.  Not a bad way to get in the good graces of an oenophile president!
blank