The birth of Château Cardboard 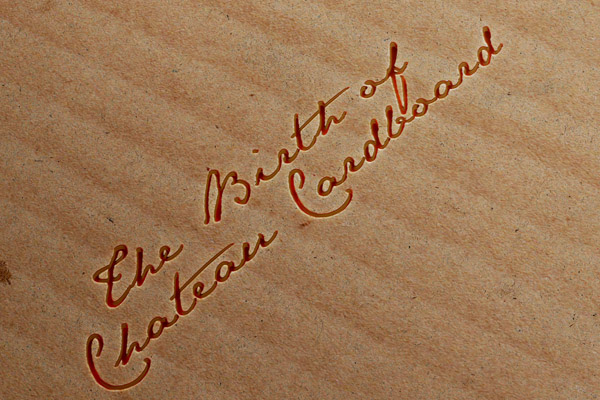 It is a product that elicits a strong reaction from both supporters and detractors since it first hit the shelves almost fifty years ago.  Advocates are quick to point out its eco-friendly and cost effective packaging along with the ability to minimize oxidation far longer than any bottle after it is opened.  But for oenophiles, its what’s inside the box that matters with many of them ranking wine stored in plastic bladders on par with the high-alcohol jug wines of the 1950s and 1960s.   And although a debate ensues between the two sides over whether the quality is improving, there is no doubt that with box wine accounting for half of all wine sales in Australia, Sweden and Norway and approaching nearly 20% in the United States, this corrugated concoction has left an enormous mark on the industry.

Makes you wonder who the first person was to think outside the box – or inside the box!

To know the story behind this invention, you have to cross the Pacific Ocean to the Commonwealth of Australia where it is known today as cask wine or “bag-in-box.”  The year was 1965 and vintner Thomas Angove had watched a fellow countryman figure out how to safely transport battery acid by placing it in a durable plastic bladder and enclosing it in corrugated fiberboard.  Taking this template and applying it to the sale of bulk wine, Angove stumbled upon a monumental breakthrough in the history of winemaking.

“This is ridiculous.  Nobody is going to buy wine out of a cardboard box and plastic bag,” declared Angove’s son after seeing it for the first time.  And indeed, the original concept that debuted in the mid-1960s was very different from the boxed wines that we enjoy today.  With the first design, consumers had to take the one-gallon bag out of the box, cut it themselves and then reseal the bag with a peg.   It was two years later that another winery revolutionized these boxes by connecting a dispenser tap to the bag, ending the labor-intensive task of pouring yourself a glass.
blank
But unfortunately for the advocates of boxed wine, the original intent of its sellers was to unload as much of their cheap undesirable product as possible.  This resulted in a reputation that the industry still fights against to this day  – that cask wine is the bottom of the barrel in terms of quality – a reputation that is most prevalent in the United States where old habits are particularly hard to break.

However, the tide may be turning in favor of this packaging for several reasons.  For starters, casual wine drinkers who aren’t collectors will appreciate the low cost, which is desirable in this sluggish economy.  And as companies evolve with more chic designs while advocates educate the public about the many myths surrounding boxed wines in various blog postings, a gradual demystification is starting to gain a foothold in America, especially amongst environmentally aware Millennials who will be the majority of wine consumers within the next few decades.  Much like the screw top, which also suffered from a reputation for being cheap but is now mainstream, perhaps boxed wine is ready to enter its own renaissance period?

Taber, George. A Toast to Bargain Wines: How Innovators, Iconoclasts, and Winemaking Revolutionaries Are Changing the Way the World Drinks. New York: Scribner, 2011.