A Cajun Silver Lining: The culinary impact of the 1984 World’s Fair and the remaking of New Orleans 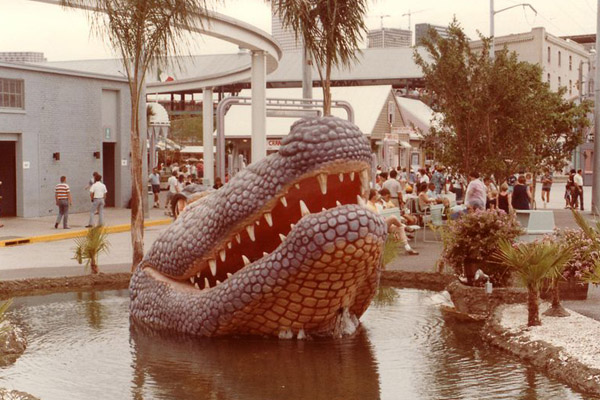 The year was 1984 and across the nation, people were waking up to “Morning in America.”  Inflation was finally under control as a once sluggish economy was starting to gain momentum.  Rocker Bruce Springsteen performed in front of sell-out arenas while prime-time soap operas like Dallas and Dynasty dominated the television ratings.  And down in the prosperous “Sunbelt” region, the city of New Orleans was ready to electrify the globe with the Louisiana World Exposition and its theme “The World of Rivers – Fresh Waters as a Source of Life.”

On paper, the idea of allowing the Crescent City to host a World’s Fair appeared to be a stroke of genius.  Home to the iconic French Quarter, New Orleans was no stranger to the tourism industry, having hosted scores of visitors during the annual Mardi Gras parade and festivities.  In addition, its unique French-Spanish-Italian-African-Cajun-Creole heritage could appeal to diverse array of travelers needed to make the fair successful.  But most of all, its world-famous cuisine – characterized by legendary establishments such as Antoine’s and Café Du Monde – would undoubtedly leave a positive taste on the palates of fair-goers.  Certainly no one could ask “Where’s the Beef?” to the city of New Orleans.

Unfortunately, when put into practice, the entire ordeal turned out to be a complete fiasco.  Despite investing over $100 million dollars into the expo, its organizers couldn’t escape the undeniable fact that by 1984, the world’s fair had become a “cultural dinosaur.”  Describing the bleak situation, The Oxford Encyclopedia of Food and Drink in America wrote, “Fairs had once been the only way for most Americans to experience the people, food, and cultures of the broader world, but by the 1980s inexpensive air travel, a wide variety of ethnic restaurants, and television provided more accessible and attractive alternatives.”  Plus having to compete against the 1984 Summer Olympics in Los Angeles and Disney’s own permanent world’s fair known as Epcot Center in Orlando, Florida, New Orleans was in for a bumpy ride to say the least.

An ABC News Broadcast reporting on the economic problems of the 1984 World’s Fair.

Running from May to November, the Louisiana World Exposition is mostly remembered for being the only world’s fair in history to declare bankruptcy before it even closed its doors.  Floating in a sea of red ink from day one, the estimated twelve million visitors never materialized forcing the state legislature to cough up an extra $15 million dollars in order to keep it going to the final day.  Corporate sponsorship was lacking while many countries declined to participate. Even President Ronald Reagan refused to attend what had been dubbed “Disneyland on the Delta” with The New York Times describing it as nothing more than “essentially a collection of harsh and unappealing industrial buildings.”

Thirty years later, in trying to find a silver lining to justify the entire ordeal, many look to the infrastructure created by the fair –the Ernest N. Morial Convention Center and the Riverwalk Marketplace – which helped to make New Orleans a year-round tourist destination.  Others point to the lifelong memories that were created that summer whether it was riding in a cable car gondola ride over the Mississippi River, seeing the architecturally stunning Wonderwall or having their picture taken with Seymore D. Fair, the pelican mascot.

But perhaps the most important legacy of the Louisiana World Exposition is the food that was served during those seven months.

Looking back, one of the more popular dishes was a combination of sour cream, chili, tomatoes and onions that were poured into a bag of Fritos corn chips.  And if you walked into the 1,000-seat Miller Beer Garden, a feast of veal sausages, Sauerkraut, Bavarian Chicken and pig nuckles were ready to compliment the suds you just downed from an authentic stein while the Oom-Pah-Pah Band serenaded the entire hall with live German music.  More significant and long lasting however was the discovery by the rest of the county of authentic Louisiana cuisine, which helped to transform New Orleans into culinary mecca for foodies across the United States. 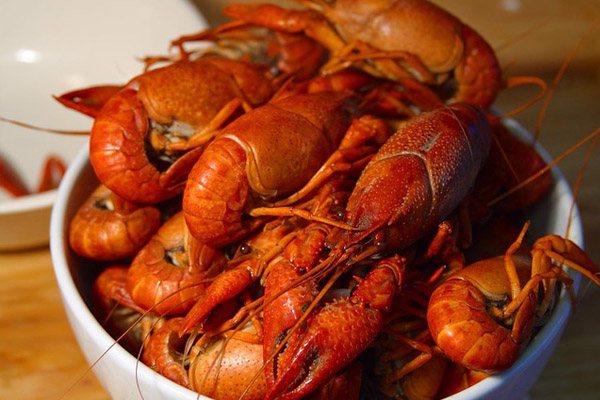 Crawfish proved to be a hit with fair goers.

One delicacy that impressed the various food writers who traveled down south to cover the expo was crawfish.  Due to the advances in commercially viable fishing during the mid 1980s, this once exotic seafood rarely seen beyond the bayous of Louisiana suddenly became more widely available. Author Stephanie Cater in The A-Z Encyclopedia of Food Controversies and the Law writes  “At the World Exposition of 1984, travel and food writers ate crawfish in the Louisiana Pavilion; they then wrote about the availability of crawfish, manifested in many dishes, and helped Cajun cuisine explode on the American scene.”

And at the helm was a pudgy chef named Paul Prudhomme, who published in 1984 what is now the quintessential southern cookbook, Chef Paul Prudhomme’s Louisiana Kitchen.  As the co-owner of K-Paul’s Restaurant in the French Quarter, his Cajun and Creole inspired dishes would eventually make him a household name, paving the way for future Crescent City celebrity chefs like Emeril Lagasse and John Besh.  Of course, with the eyes of the world on New Orleans during the expo, he and his genre of food were given a chance to enter the mainstream of American fare.

Reflecting on the immediate impact of the 1984 Exposition in New Orleans: A Food Biography, Elizabeth Williams writes “the expectation of tourists really changed after the World’s Fair.  They began to look for Cajun food in New Orleans.  Restaurateurs were happy to accommodate them.”  What residents didn’t expect though was for the bottom to fall out of the oil and gas industry – an economic pillar throughout the port city.  With this devastating event, tourism was thrust front and center to fill the void left by the 1980s oil glut.  Thankfully, with a new convention center, the city now had the infrastructure to lure in desperately needed tourists.   But more important was the popularization of Cajun/Creole cuisine across the country thanks to the Louisiana World Exposition.  With its ascent, food tourism became a significant tool in stimulating the economy of New Orleans while inspiring a generation of foodies and chefs from around the globe.